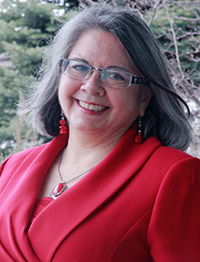 Robbie Paul, PhD, is an enrolled Nez Perce (Ni mii puu) tribal member, who was born and raised on the Nez Perce Reservation in the small community of Craigmont, Idaho. Her father was Titus J. Paul and her mother was Maxine S. Caster Paul. Her paternal Grandfather was Jess Paul; he was a survivor of the Nez Perce War of 1877 and was one of 7 Nez Perce children sent to Carlisle Indian Boarding school in 1880 from the exile camp of the Nez Perce Camp in Oklahoma. Her grandfather Jesse Paul helped form the first Nez Perce Tribal council and government in the 1920’s. She is the mother of two grown children and the grandmother of three granddaughters.

Dr. Paul attended the University of Idaho obtaining a BS in Clothing, Textiles and Design, 1972; Eastern Washington University, MS in Psychology, 1994; Gonzaga University, Doctor of Philosophy in Leadership Studies, 2007.   Dr. Paul’s research for her dissertation was historical trauma and healing,  which involved researching five generations of her Nez Perce family going back to 1793 to her great-great grandfather Chief Ut-Sin-Malikan. Dr. Paul developed a healing model for her family for understanding the historical trauma that affected her family. This research is ongoing and she enjoys digging in the archives of museums, reading history books, and looking for old photos of family history.

Matriarchal side of Nez Perce family

Chief Ut-sin-Malikan was born about 1793 near Kamiah, Idaho. He was age 12 when Lewis and Clark happened upon the Nez Perce at Weippe Prairie camas fields.  He had more than one wife, but we only know the name of one, E-wa-wah-a-poo, they had three children that we know of. One of which was Jane Parsons, Nez Perce name, Wah-le-hoo, meaning not known. She was born about 1836 and was baptized my Rev. Spalding in 1838. Somewhere the family took the name Parsons.

Jane Parsons married Jason Conditt, whose Nez Perce Indian name was Tin-tin-nay-klon-kan, meaning not known. They had four children, three sons, one daughter. The daughter was my grandmother Lydia Conditt Nez Perce name Tow-le-kit-we-son-my, she was born about 1871. Two of the sons died of disease. The oldest son, Homer did live and marry, but had no children. He attended Chemawa with Lydia in 1883 -1886.

Lydia Conditt married Jesse Paul Nez Perce name, Ka-khun-nee, in 1893. They had 11 children, two died in infancy. This is the order of their births and most all of the Paul children attended a boarding school.

Patriarchal Side of Paul Family

Jesse Paul is taken from the exile camp along with six other Nez Perce children to Carlisle Indian Boarding School. They arrive February 20, 1880. Jesse Paul remains at Carlisle for 8 years. He returns to the Nez Perce Reservation in July 1888. He lives with his mother Phoebe for awhile, and then he is asked to help survey the Nez Perce Reservation for the allotments when Alice Fletcher comes to survey the lands. He gets to choose what land he wants for his allotment and picks land on the Camas Prairie near Reuben’s, Idaho. Here is where he brings his wife Lydia and they start the Paul Ranch. This ranch is still in the Paul Family and was managed by my father, Titus J. Paul Nez Perce name, Koo-ya-mah (Mountain Lion), until he retired at the age of 82. Today the land is leased. Titus J. Paul attends Chilocco Indian Boarding School, which is 25 miles south of Arkansas City, Kansas. He leaves in fall of 1922 and graduates with the first class that has a four year high school in May of 1927.

Titus J. Paul (Koo-ya-mah) marries Maxine S. Caster (non-Native, Irish, German & English) in 1931 at Arkansas City, Kansas. He works for the Shell Oil Refinery, in Arkansas City, Kansas. Then the refinery closes because of the Depression in 1938. The first three children are born in Kansas, Jesse L. Paul (1933), and Warren G. Paul (1935), and Jackie Paul(1937), and then they move to the Nez Perce Reservation and live at the ranch for a short while, before WWII breaks out and then move to Bremerton, WA to work in the ship yards. After the war they return to Idaho and start farming the ranch. Then two more children are born, Roberta L. Paul (1949), Nez Perce name, Tow-le-kit-we-son-my (Woman of the Forest) and my brother Wayne Richard Paul (1951-2000).

Roberta L. Paul. I attend Haskell Institute in Lawrence, Kansas  for a summer bridge program during the summer of 1967, after I have graduated from high school and before I start college at the University of Idaho. The process of assimilation was still being used. A typical day started with rooms clean and then dressed, girls in dresses, boys in slacks and shirts before we went to breakfast. Classes began after breakfast all morning. Lunch, then after lunch we were all assigned jobs to do. In the evenings was homework. On the weekends we had some free time. 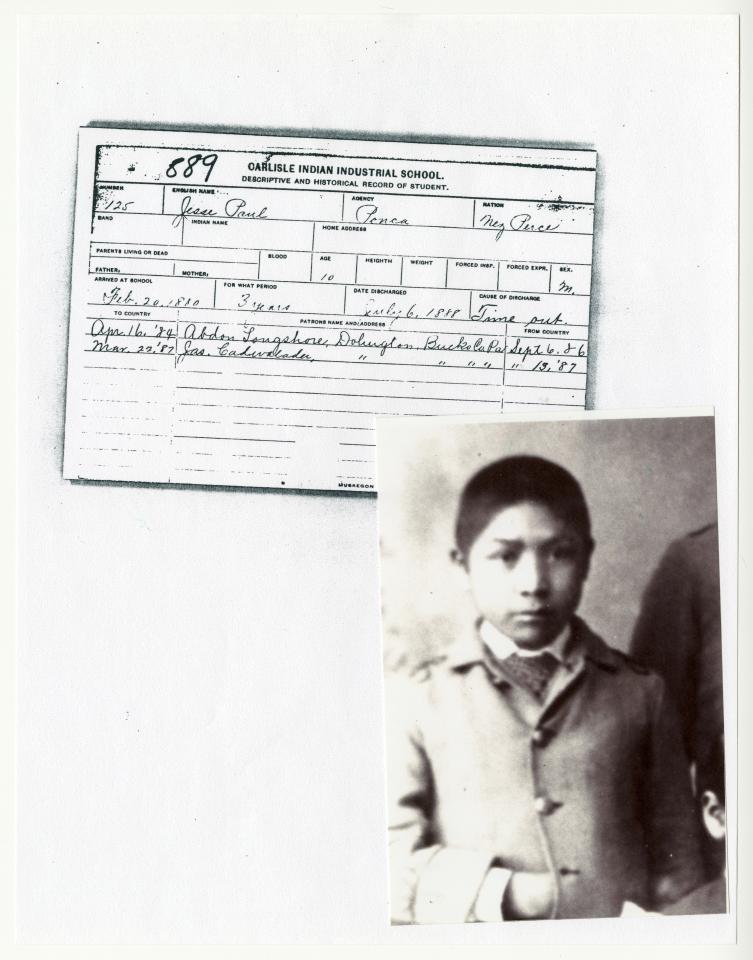 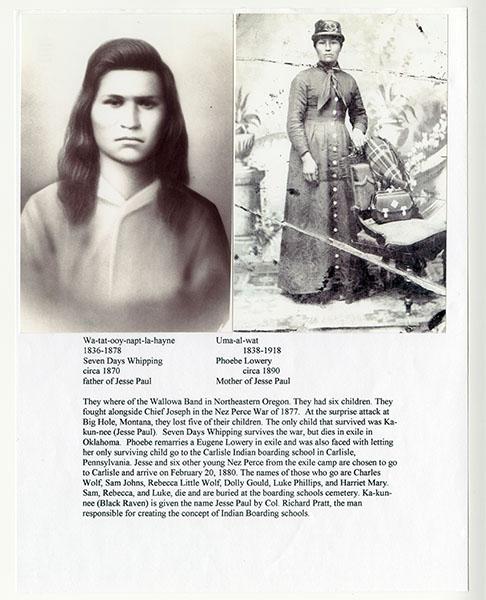 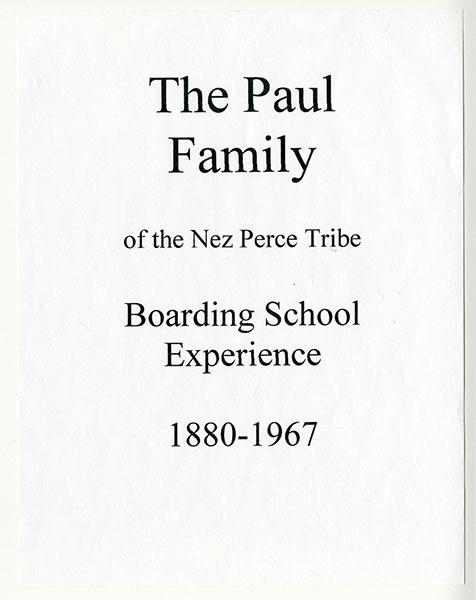