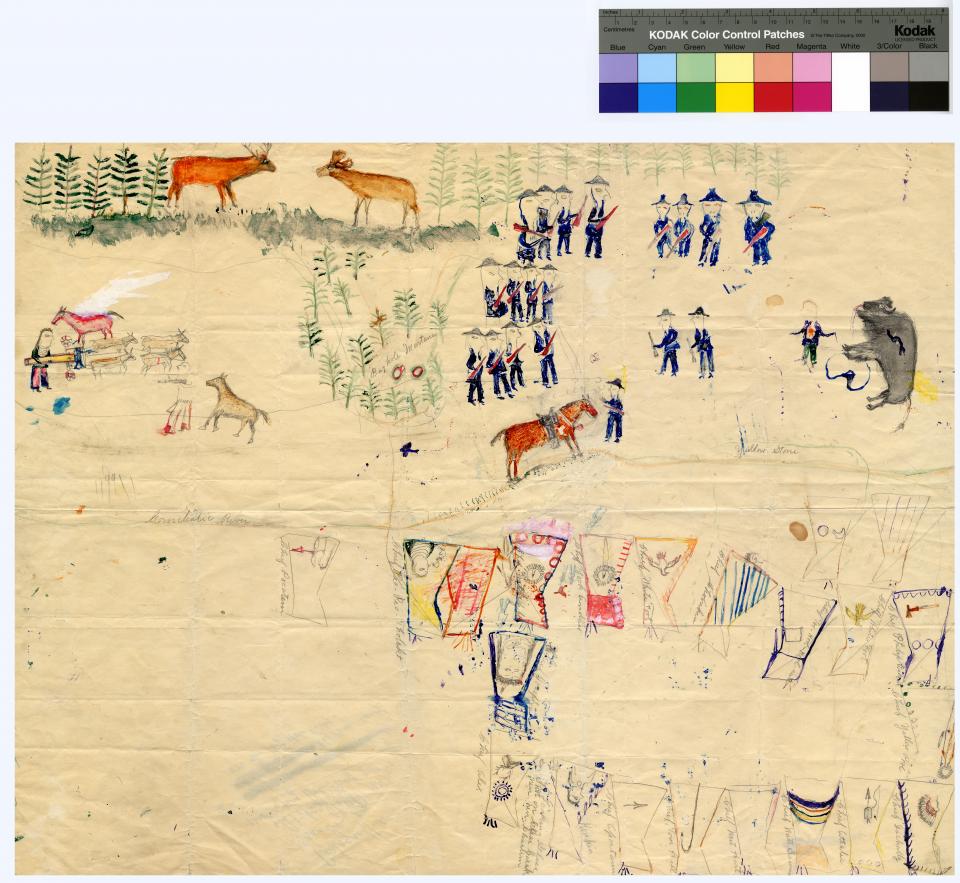 In the summer of 1927, three Nez Perce (piyopyóot’alikt (Peo Peo Tholekt), hímiin maqsmáqs (Yellow Wolf), and 'iléxni 'éewteesin'(Many Wounds)) and Yakima rancher Lucullus V. McWhorter traveled to the battlefields of the 1877 Nez Perce War and wrote down the Nez Perce men's memories of what had happened.

If you visit the ‘ickum’kiléelixpe (Big Hole National Battlefield) today, you will find teepee frames marking the Nez Perce chiefs' tents, with their names noted with small plaques, using this map as a template for where they originally were (https://goo.gl/maps/jDwhHjCSUYKu25oB9).