Appeal to the Committee on Indian Affairs, U.S. Senate (page 2) 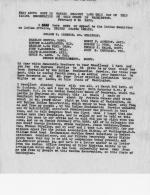 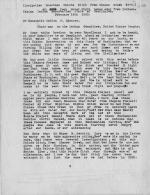 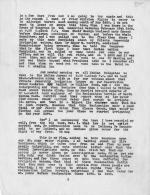 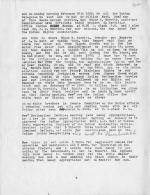 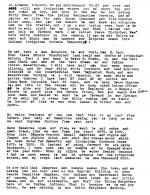 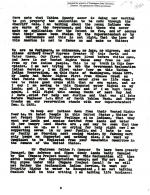 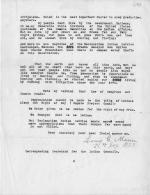 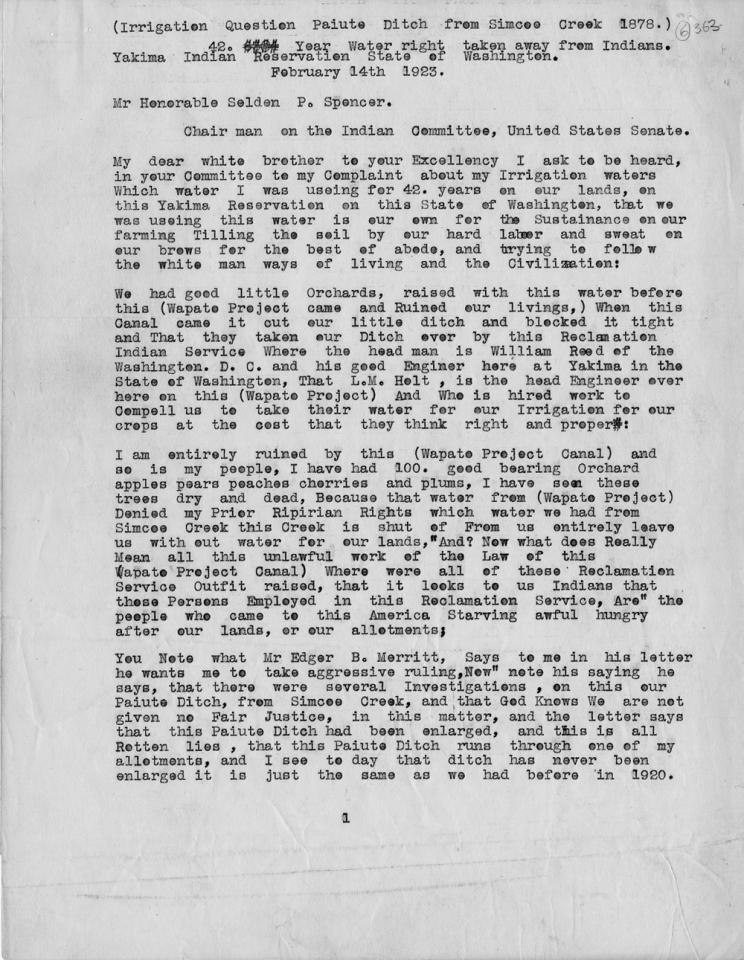 A typescript document addressed to the Committee on Indian Affairs of the U.S. Senate about ownership of water rights on the Yakama Indian Reservation (page 2)

This is an example that identifies one of the ongoing conflicts Plateau people face(d) throughout the Northwest in use of their natural resources. This one involves water rights and the initiation of the "Wapato Project Canal." This was an appeal before the Indian Committee on Indian Affairs, United States Senate in February of 1923. Vivian Adams, Yakama