Access audio
Summary:
In 1995, the Nez Perce National Historic Park and the Nez Perce Tribe prepared to ship the Spalding-Allen (Wetxuuwíitin’) Collection back to the Ohio Historical Society. Before doing so, curator Bob Chenoweth sought to document the collection.
Description:

"So the other part of the thing, getting the fundraiser in place. But also realizing that this might not be successful. And if it wasn’t, we needed to document as well as we possibly could the artifacts. So oh, at the time, Nakia Williamson had worked here as an intern and so had Josiah Pinkham, and Josiah’s sister Tisa Pinkham. So we wanted people like that to come in and do assessments of the objects. And Kevin was another person, Kevin Peters. So people with not only artistic ability, but also people that understood how these things were made.

So you can see from this, people did it differently. But they used their artistic ability to describe, to illustrate these objects. Because, well, like, for example, the saddle. Nakia took the saddle apart. I mean, there’s probably not too many other people I would have let do that. (laughs) But the result is those drawings that he made, which are exquisite.

And also, it’s that difference between when you take a picture, it’s the lens and the thing. When you draw, it’s the, you look at the thing. Your mind registers. And then you reproduce it with your hand. So we wanted to have as much, not only of that kind of documentation as possible, along with photographs, but part of the reason why we wanted people from the community to come and look at the things was because we were hoping that there might be somebody that saw something in that work that registered for them to see if maybe they could identify family work. You know, work that had been done by a specific family. Because the style, the color choices, the workmanship involved, a lot of times there’s clues to the way certain families did things.

So we had these times set aside where we laid all the stuff out and people came and looked at it. And that went on for several months. It was an open invitation to anybody in the community who wanted to come and take a look at it. But you know, the other part of it, the motivational part of it was we wanted people to see potentially what we could lose." 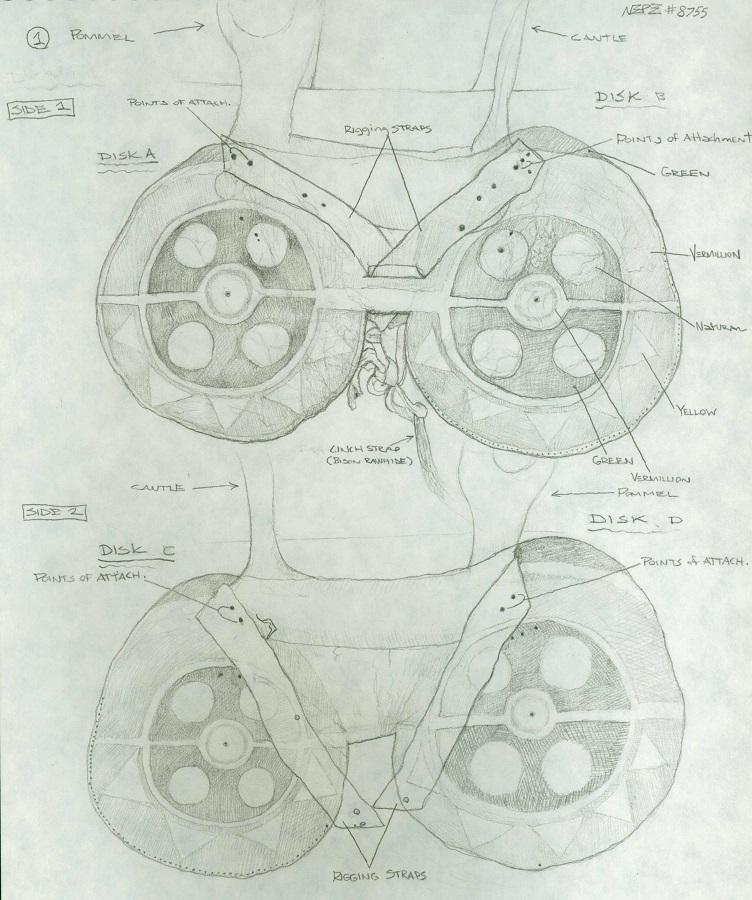 Digital Heritage
Community
Nimíipuu [Nez Perce]
Category
Artistry and Artifacts
Summary
A series of detailed, technical drawings of the woman's saddle in the Wetxuuwíitin’ Collection made by Nakia Williamson-Cloud 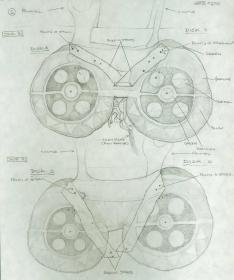