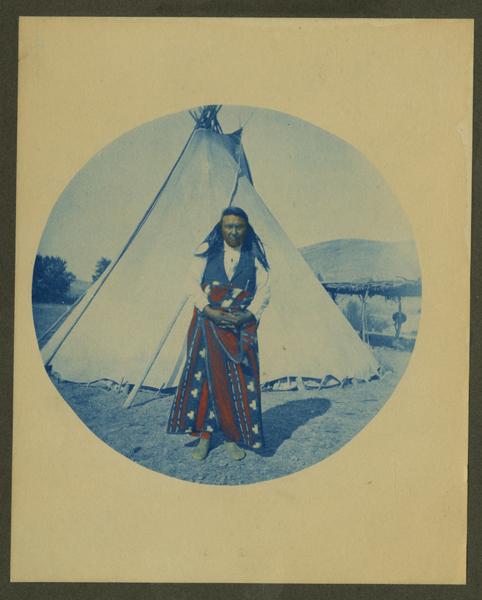 Circle matted, colorized photo of Chief Joseph in front of a teepee.

Nez Perce lifeways were a mixture of seasonal salmon fishing and gathering along with year-round hunting. With the reintroduction of the horse, they would make annual trips to Montana to hunt bison. Their housing was typically mat-covered longhouses, with tipis used temporarily for seasonal trips.