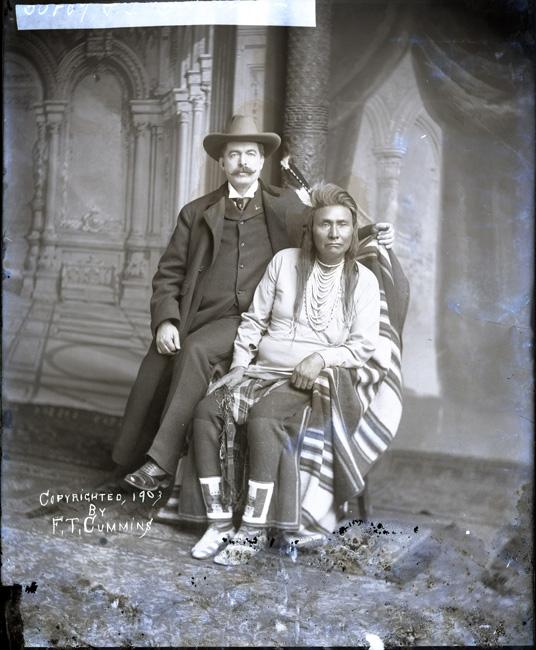 Glass-plate negative of unidentified man in Western clothing and Chief Joseph, wearing traditional Native American dress, in studio setting. This is noted as copyright F.T. Cummins 1903; in 1903 Joseph appeared in Colonel Fredrick T. Cummins' "Indian Congress," effectively a Wild West show, in New York's Madison Square Garden. If this dates from that show, then the image was probably promotional in nature and copyrighted by FT Cummins but not taken by him. More, the man in the picture bears a strong resemblance to the few easily accessible pictures of FT Cummins, and may be Cummins himself. Joseph would die one year later, in 1904.http://cdm16866.contentdm.oclc.org/cdm/ref/collection/nezp/id/58