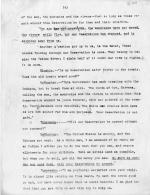 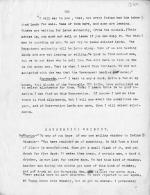 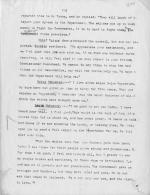 Selection from a typescript recording the proceedings of a meeting of the Yakama Indian Council held at White Swan, WA, July 1, 1910 (page 3).

Treaty RightsCouncil Proceedings.
This page is an example of how difficult it was during early reservation times for Indians to get a legal support from their "trustee" the federal government. Even though the Indian people speaking were polite and courteous, their words fell on deaf ears where the feds (and new states) were concerned. Land, its new uses the Indians were supposed to be learning as land owners were disrupted by water theft, land theft, and treaty rights neglected or ignored by other governments.
Vivian Adams, Yakama