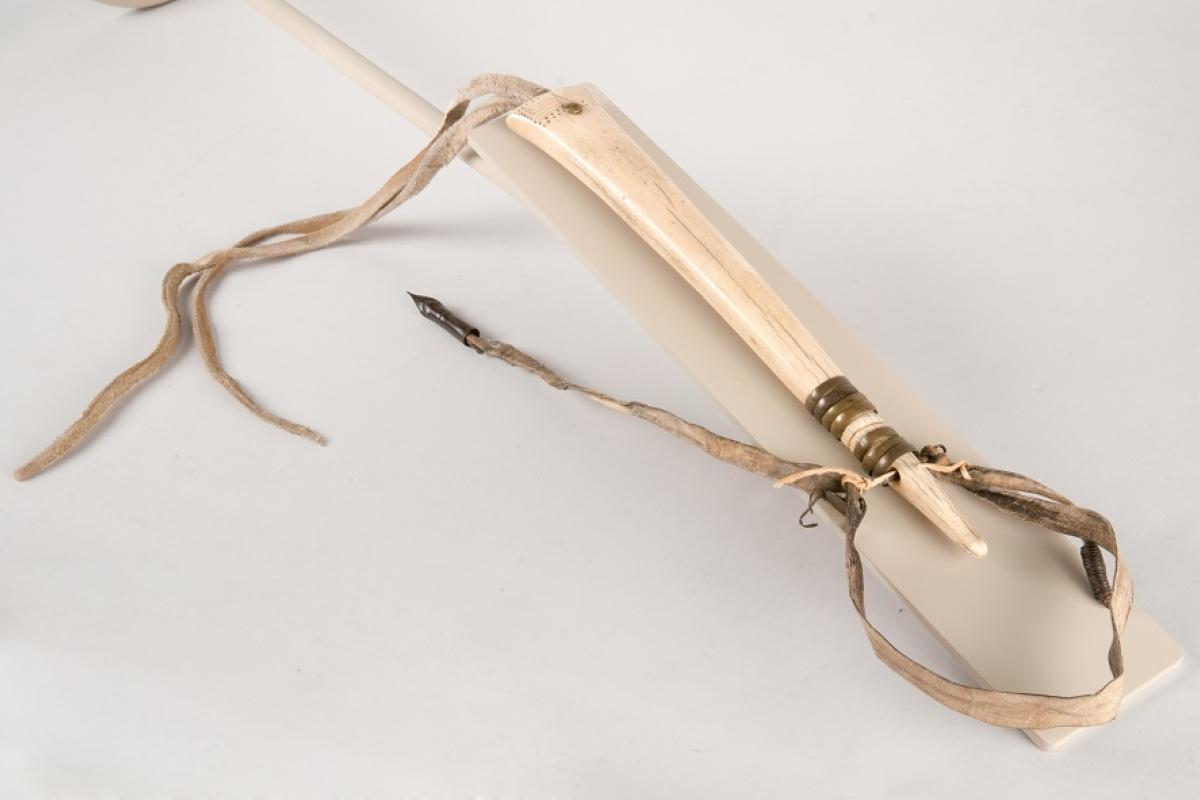 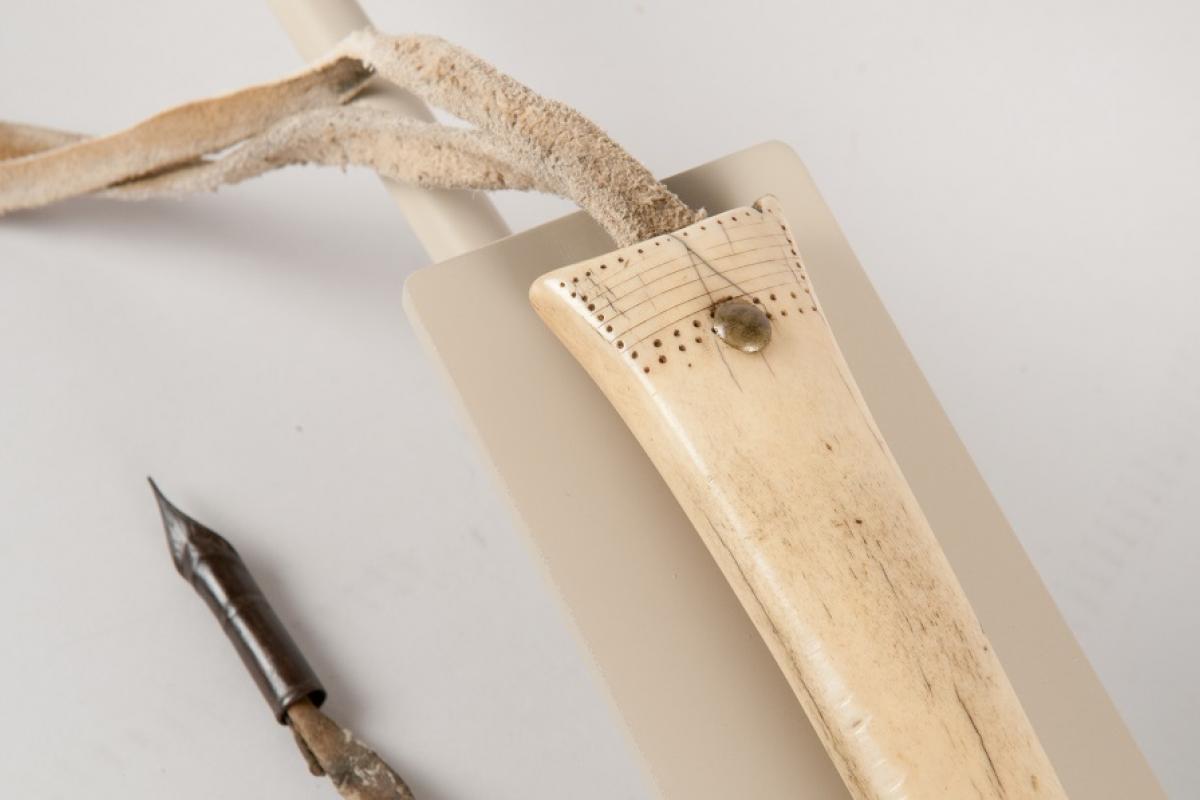 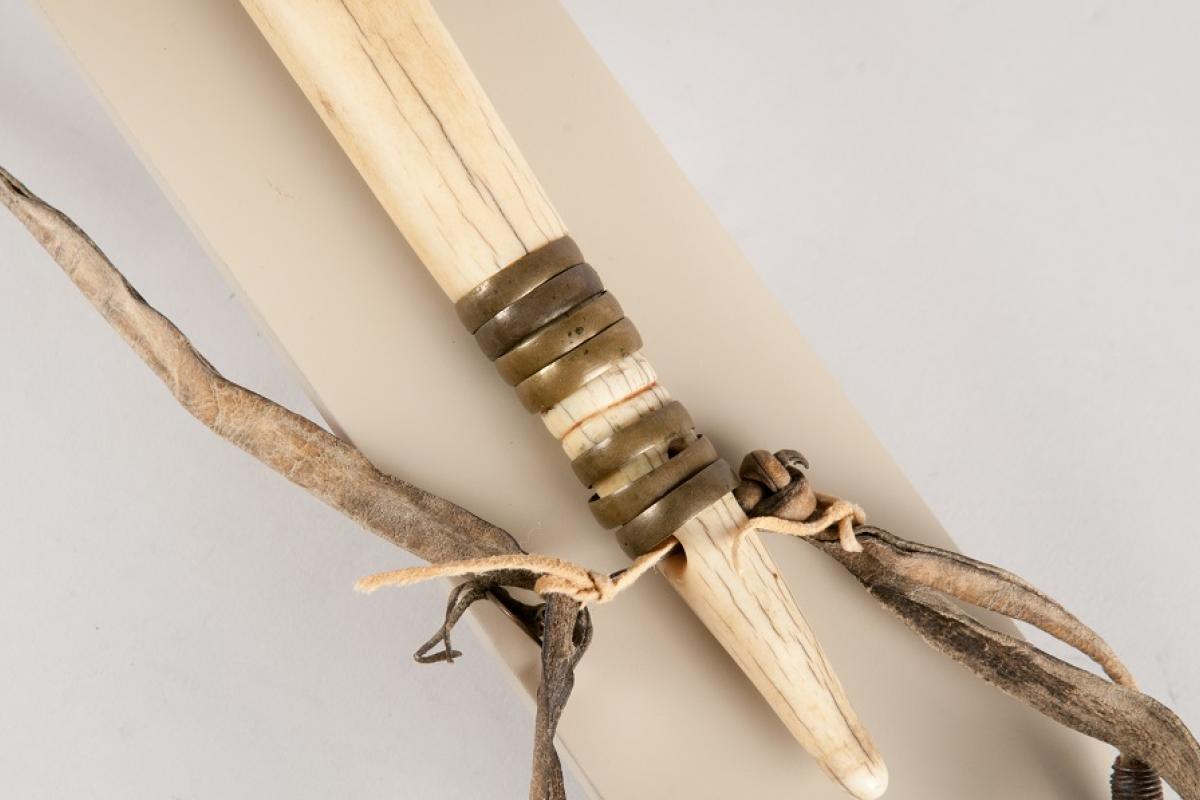 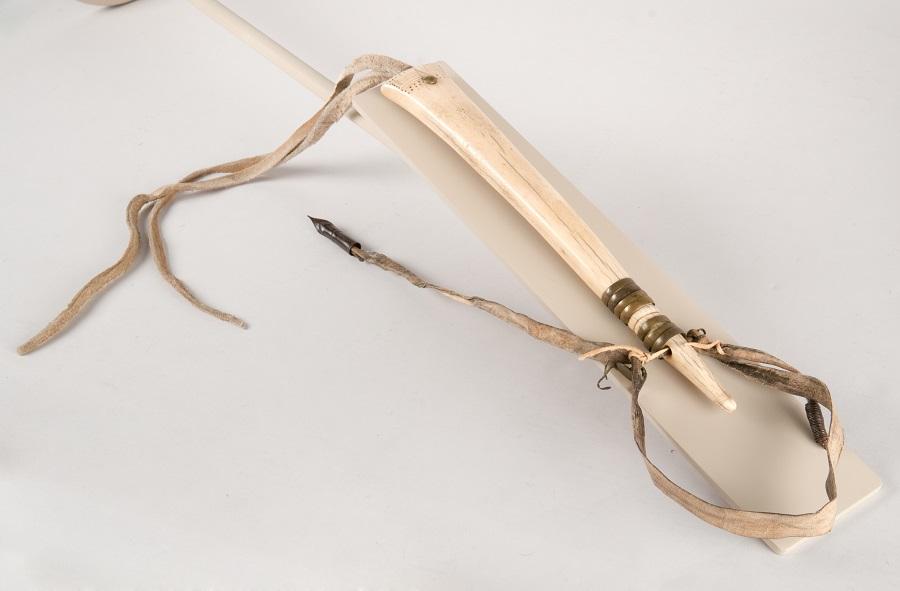 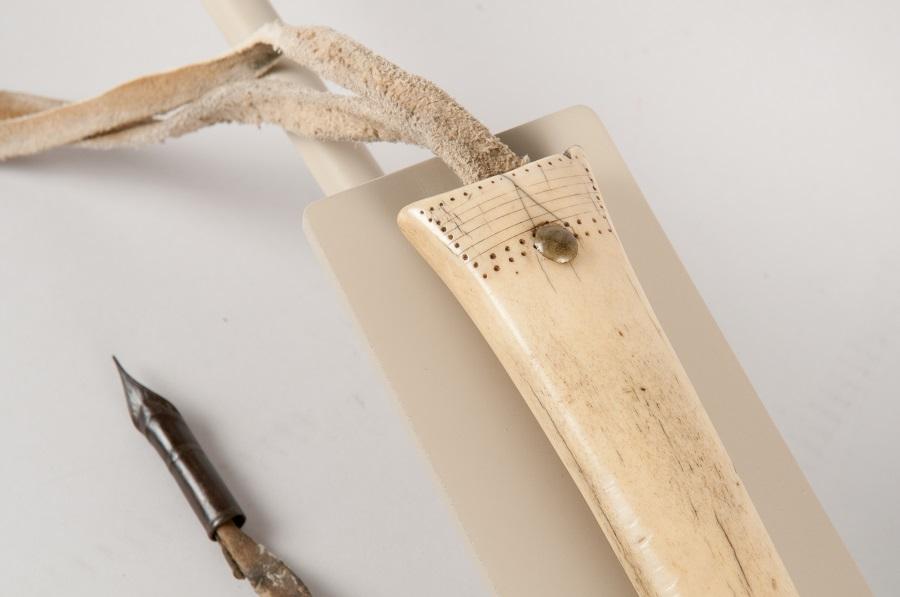 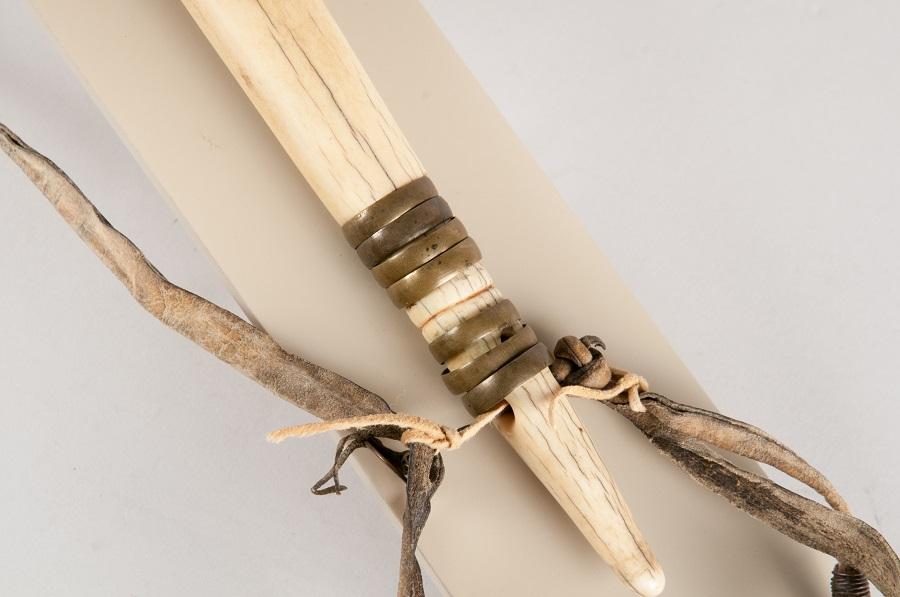 A decorated elk antler horse quirt or whip made by a Nez Perce man. The handle is formed of a piece of rawhide thong to which a forged iron ram rod is attached at one end. The ram rod was from an 1800 era firearm. The antler quirt shows considerable wear and patina from use prior to collection date indicating that it was made prior to 1845. The decorations include 6 circular incisions over which 7 bass rings are placed near the tip. 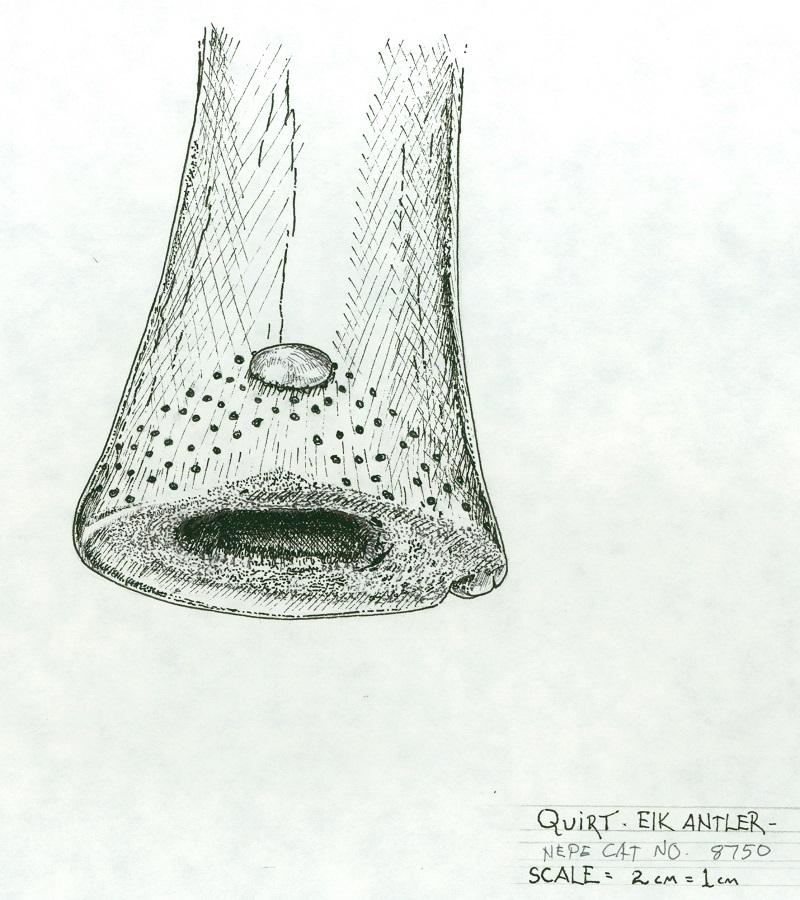 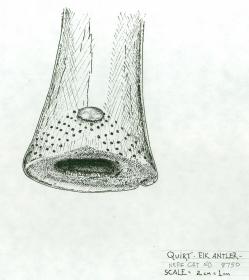