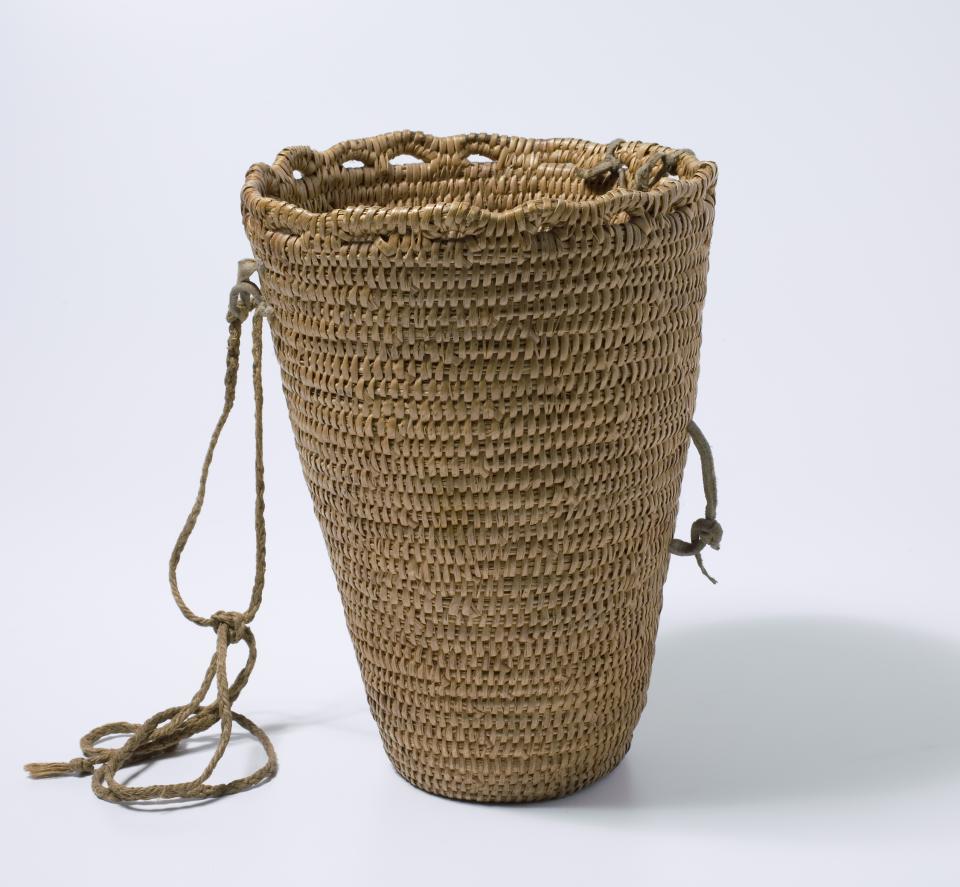 It could be Yakama. It's just plain. It's just a big basket though. It's narrow and cylindrical. It has little debris in the bottom and is not darkened by berries or anything so we'll just say it was used for storage. Even though it has loops there for picking, who knows what they wanted to store. It doesn't look like it was ever used for picking. It even has a twined belt on there to wrap around yourself. The belt looks like its made from hemp and is waterproof. It could be dog bane. Dog bane is a plant that grows down by the streams or sloughs. Its a pretty small plant like a rubbery type of plant. The men usual get it and they peel off the outer bark. The insides are stringy, like twine. Then, they get that fiber and start adding more strings, and then they keep pulling it and pulling it. They have kids on the other end making loops with some kind of tool. When it is done, it's got this big loop of twine. Then he makes nets or for lashings. Vivian Adams, Tisa Mattheson, Marlene Simlaw