Harness Shop at Chemawa School, circa 1909 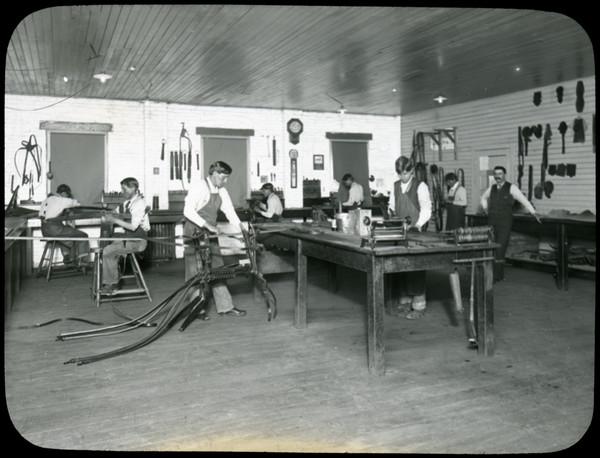 Photograph (lantern slide) showing the harness shop at the Chemawa Indian School, circa 1909. 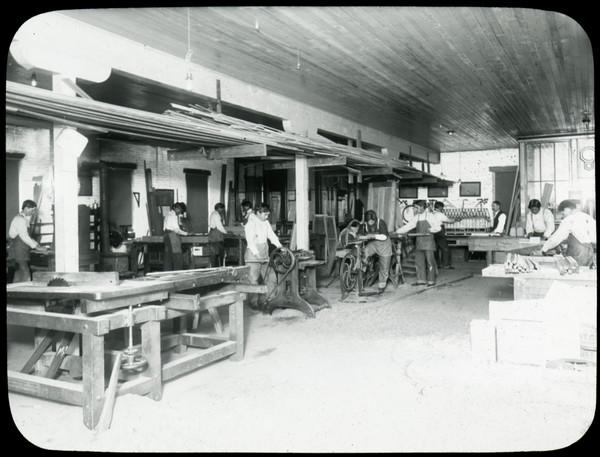 Carpenter Shop at Chemawa School, circa 1909 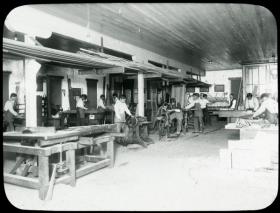 Harness Shop at Chemawa: Many of the boarding schools taught Indian students the jobs popular at that time. Future industry was not considered when these attempts were made to "civilize" the Indian and the jobs they learned quickly became phased out in that era's industry. Vivian Adams, Yakama

Many of the classes taught during the early years of government boarding schools quickly became outdated; otherwise Indian students could use what they had learned only if they started farming and ranching.

Some women elders told me that they were taught many housekeeping skills that probably prepared them for marriage in their own homes or as servents hired in white peoples' homes.  Another elderly woman told me she could sure darn holes in socks really good!  Vivian Adams, Yakama