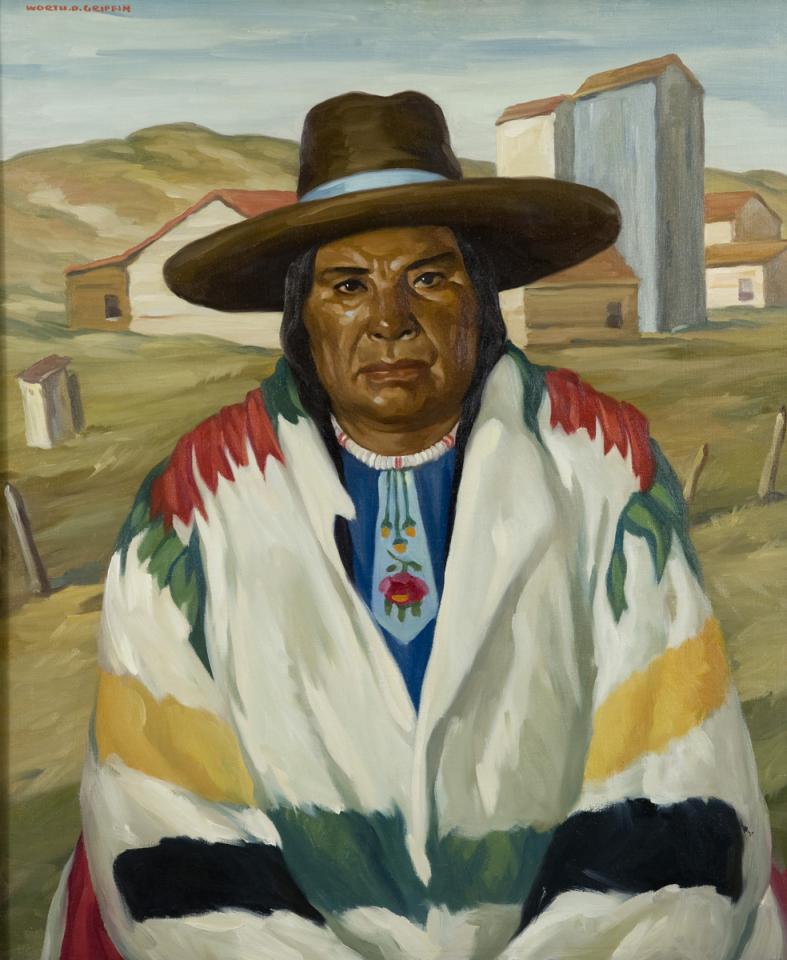 A photograph of an oil painting by Worth D. Griffin of Jim Kanine in 1935

Portrait was painted as part of a commission for Washington State College and the Board of Regents. 1935-36

The following was recorded from the provenance on the painting’s back:

Jim Kanine is the big chief of the Walla Walla Indians; he was born in 1873. He is a powerful leader among his own people, but it is difficult for the white men to deal directly with him. In the main he is distrustful of their motives; it was necessary for the artist to partake jointly of four of his watermelons, make four different trips to his home, and smoke dozens of cigarettes before he would consent to pose for a portrait. Even then he argued that he should be paid double the price paid the ordinary Indian for this purpose. Big Jim is a farmer on the Umatilla Reservation. He is a picturesque character, and prides himself on having the most elaborate Indian regalia in the Northwest. It is a fact that dozens of squaws have spent years of labor in making costumes for Big Jim.