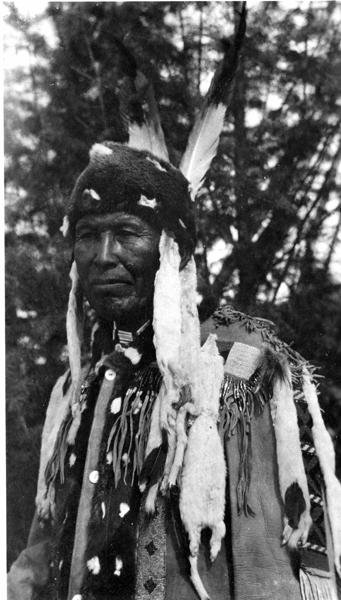 A black and white photo of Nespelem George in regalia

Chief Nespelem George served his people as a peacemaker and mediator.

The Nespelem territory starts north at the headwaters of the Nespelem River and head south of the Columbia River. Most Nespelem villages lined the Columbia River, easternmost found near Grand Coulee and westernmost found near the Kartar Valley. Most of the Nespelem's traditional territory was encompassed within the reservation boundaries, but they had to cope with displaced tribes/bands who were moved onto the Colville Reservation.

Residents of these villages lived mostly in semi-subterranean houses. Some areas along the Columbia River were home to about 100 people, especially during the summer salmon fishing months of June, July, and August.