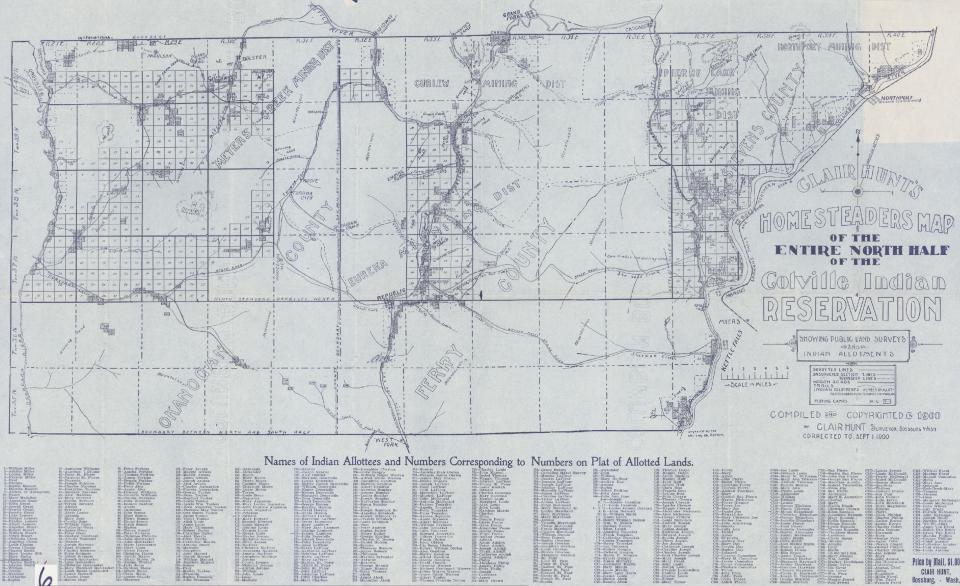 Map of the North Half allotments with the names of the allottees.

Map of the north half allotted lands with the allottees names

20 years after the Colville Reservation was moved to it's present location, the north half was ceded to the United States by an act of Congress (27 Stat. 62). At that time 660 Colville Indians were allotted 51,653 acres located in the ceded area. Although many Indians were opposed to the act, many of them took allotments to protect thier homes, traditional food gathering areas, and cemeteries from White intrusion and exploitation. In the same year the United States negotiated an aggreement for the purchase of the unallotted acreage in the north half and paid them $1.5 million for 1.5 million acres, priced at $1.00 an acre. Tribal leaders of 1872 were able to reserve the rights for members of the Colville Confederated Tribes to hunt and fish on the north half for time immemorial. Allotments on the north half were short lived due to Indians being threatened, physically harmed, or tricked by intruding miners.