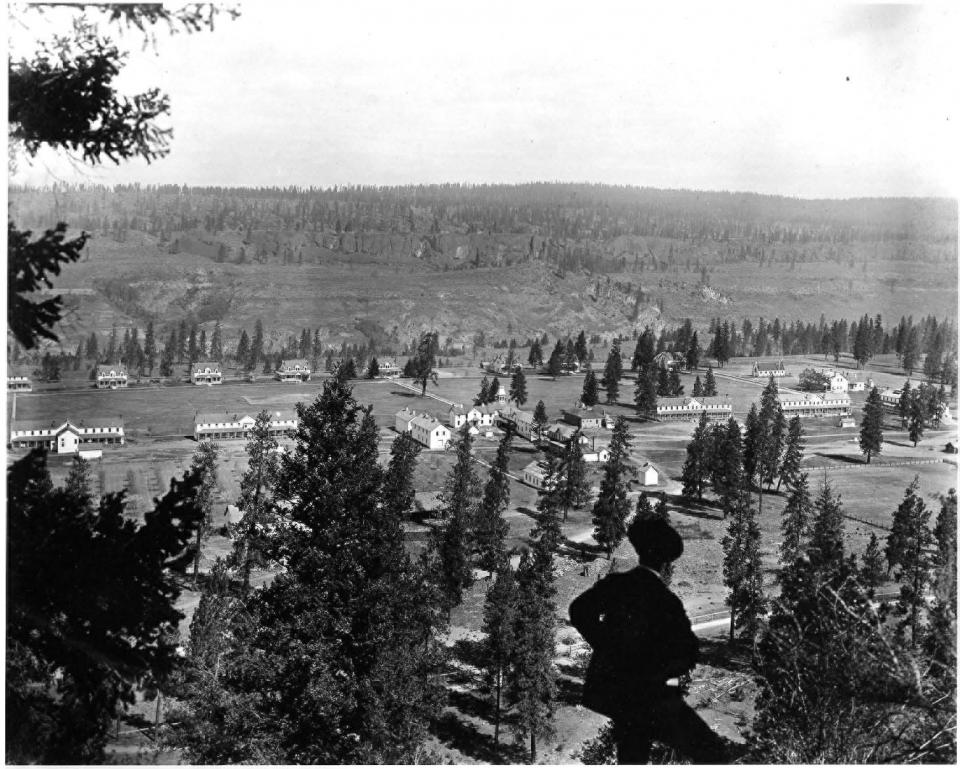 Ft. Spokane was established as a military post that became an Indian boarding school in 1899.  Indian children from Spokane, Colville, Nez Perce, and some Montana and coastal tribes were forced to live there.  It operated until 1907.  In 1914 it became a tuberculosis sanitarium that treated Spokane and Colville Indians.  When the hospital closed, it was virtually abandoned.

There are only two buildings standing at this site today.