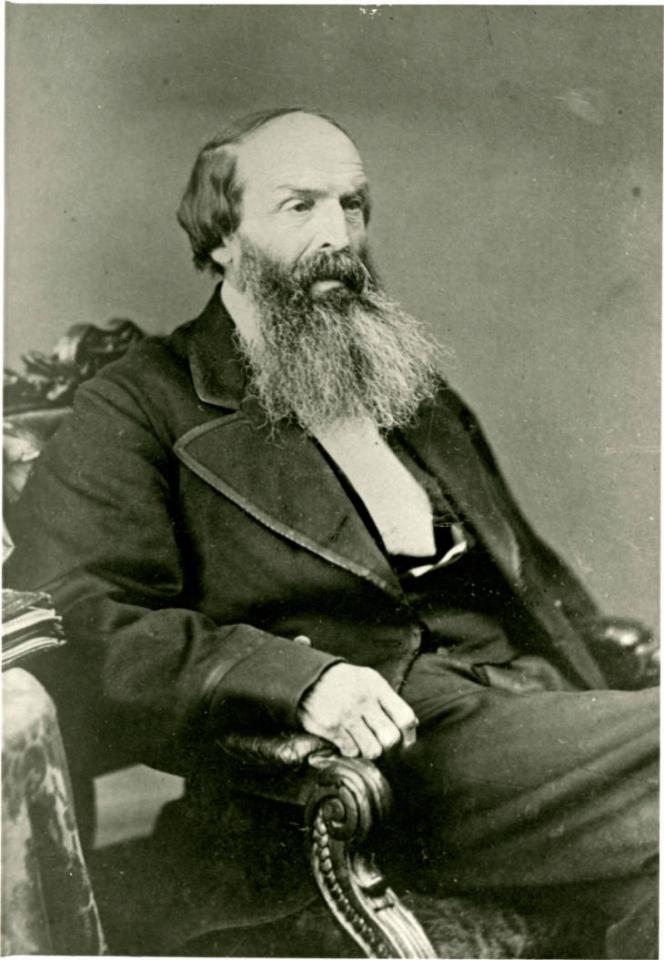 "Well, the conventional wisdom is that he collected things and sent them back in order to get money to run the mission. But the currency that he got was not money, because it had no, you had to go down to Fort Vancouver to use money in those days. What Spalding needed was, he needed material. He needed fabric for making shirts. He needed axe blades. All these kind of things that traditionally the ABCFM ran a mission operation where every year they would charter a ship. They would load it with these so-called “mission barrels” full of trade items and stuff that the missionaries needed. But you couldn’t purchase them out west. You had to, this was another country at the time. So anything west of the Mississippi was not the United States at that time.
But what had been going on for quite some time in the eastern part of the United States was this interest. I mean, it was part of the Victorian movement that resulted in museums and museum collections in Europe. And also, you know, in the U.S. At the Peabody and Smithsonian and all over the place. But the items that people needed since they couldn’t be purchased getting the mission barrels was the way to do that.

And Allen, on the other hand, was part of that movement. Or lived in that world where the so-called “Indian curiosities” were becoming important. They mattered to some people.
So I think what probably happened was that Spalding had to give something back to Dudley Allen and to the other people who were supporting the ABCFM’s operations. And you know, they were recruiting, they were asking people to donate things, or donate money, so that they could purchase things to send out to the missionaries. So then they went from Boston to around the horn. They went to Hawaii first, and then they could come. Because the ABCFM had those missions in Hawaii. On the Big Island and on Oahu.

That’s eventually how that printing press, that famous Spalding printing press that Oregon Historical Society has, that’s how that came. Because the guy and the press went first to Hawaii. And something happened, I don't know. And then the press was brought here. And Spalding used it for a while. But this guy ran it.
So I think that the exchange was not currency, per se. It was these goods. And I don't think anybody realistically saw it as a, an equal thing. Spalding was doing what he could.
The stories here are that you know, the people that wanted to be baptized, that wanted to convert to Christianity, Spalding had to see a physical manifestation of that. So you couldn't keep wearing Indian clothes. You couldn’t keep wearing buckskins and feathers. You had to change over. So what people say is that Spalding told people, “You have to give these things up. And I’ll take care of them. I’ll dispose of them.”

Nez Perce that were interested in conversion. I mean, I don't think there’s any way to know the details. The thing, the frustrating thing is that given all that Spalding wrote, he didn’t write down where any of this stuff came from. Who gave it to him. And I don’t believe that the Indian people themselves that gave up their things understood that they were going to be preserved."