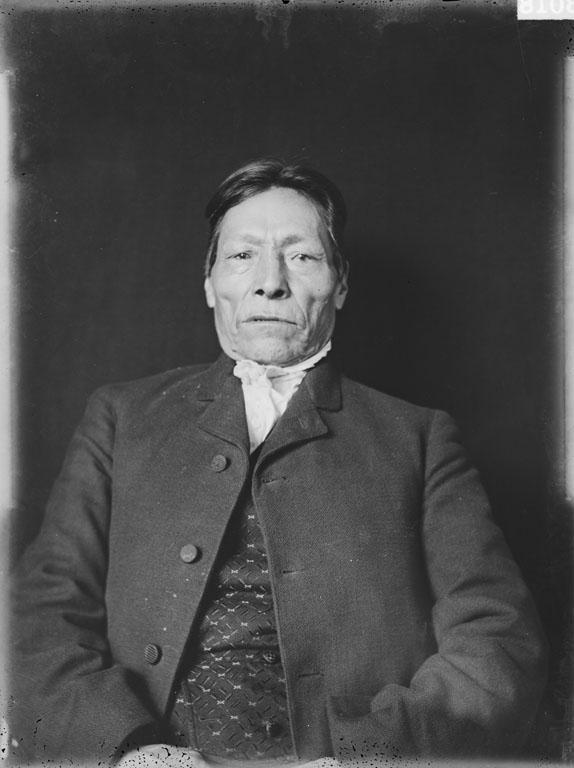 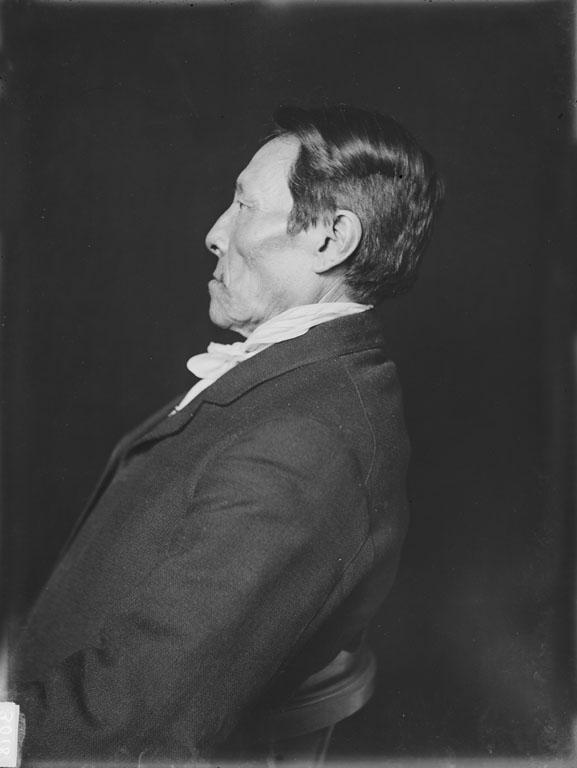 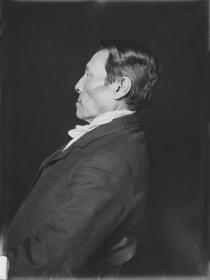 Khwist Ha St(in "Antelope That Walked", baptized Aloysius Xwipep [current orthography as Khwipep], was known in English as Walking Antelope or Louis Antelope. Sometimes his name was spelled Hustah Stei or Hus-ta-stee. He was the brother of Chief Vincent Khwipep, the father of Morris Antelope Ats'qhu'le'khw "Looking At The Land", and the maternal grandfather of Lawrence Nicodemus. He was a great runner who admired the speed of the antelope so that he used that for his model, but since he could not run as fast as an antelope, his name became "Antelope That Walked". Somewhere in Montana he climbed over a wall to escape death by burning in a fort. The escapees looked back and saw the fire. He is named Whis-los-ta-in, Walking Antelope, in a photo in the archives of the Smithsonian institution.