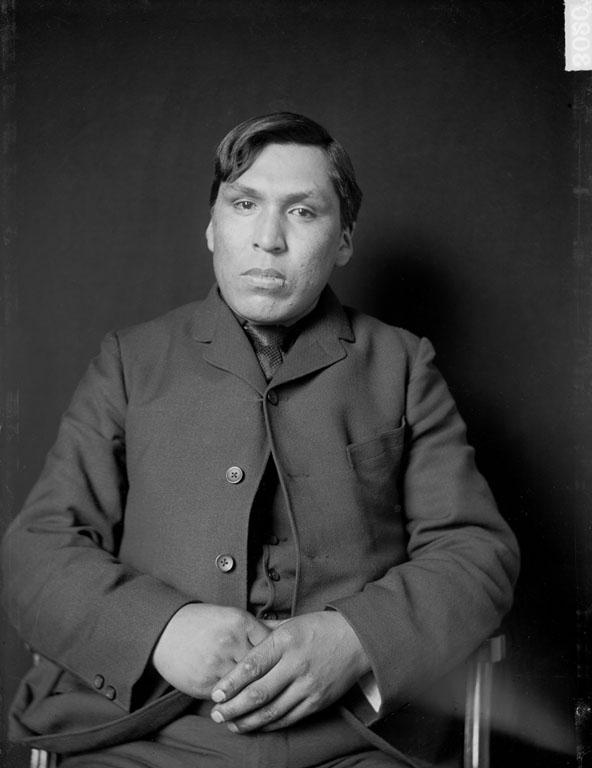 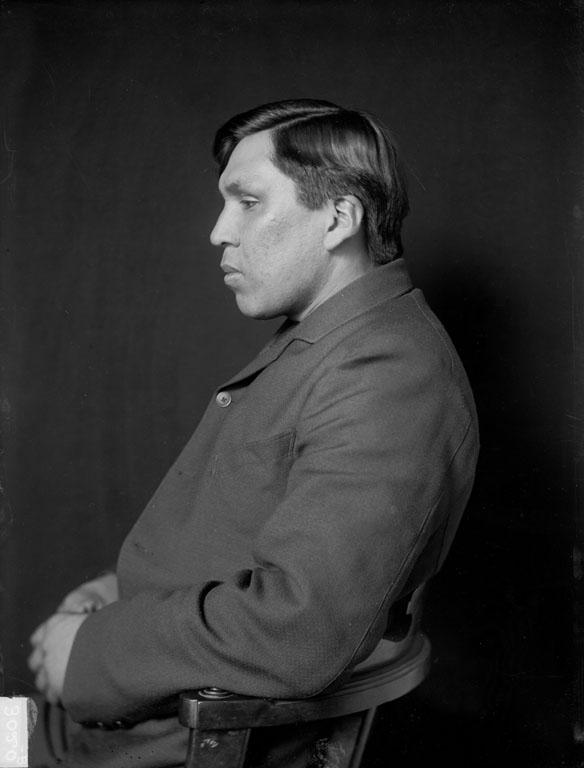 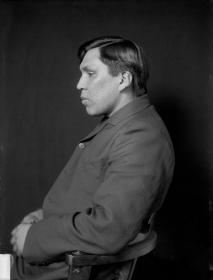 Felix Aripa confirmed that this is his father Stanislaus Aripa. Felix talks about his father going to Washington D.C. for negotiations on allotment both in 1906 and 1908. Felix has a picture of his Father Stanislaus and his mother Mary Aripa that was taken in Spokane City before he left for Washington D.C. with the delegation. Stanislaus Aripa was an interpreter for the Tribal Leaders who couldn't speak English. Felix recalls his dad saying, "k'wa'y q'emq'emilshn (they were still negotiating about allotment), t'i' khwe Washington (The people in Washington had already)...they had surveyors already surveying for allotments. They didn't even come to an agreement [yet]."

FA: I have a picture, my mother and my dad had taken in Spokane city, they always called it Spokane city. And that was taken in 1906 before he went to delegation, and… My dad says that when they..when the delegation to Washington.. when they got over there, oh (usntmet khwe.. khwe schintełylmikhumet (they lost their Superintendent), he took off and gee we didn’t know where, where to go. And that’s when my dad asked, I guess..I don’t know, somewhere in Washington, asked about Senator Heyburn. And so they gave him directions to..to go to Senator Heyburn.

They, I don’t know, got a cab, got to his residence, hoy ch ntsu’wtsu’wipm (then we knocked on the door), said they opened the door and there was Senator Heyburn. He looked and said ah Pier (hello Peter)! You know Chief Moctelme called him Pier. (laughs) And that’s when my Dad told him, you know, that uh..their Superintendent, you know, that came with them, when we got here, he took off and we didn’t know where.

So that’s when they said they got into Senator Heyburn’s, they all sat down, and I guess he had a peace pipe. So he had, I don’t know which one of them to light it, you know, and they passed it around. He said he [Senator Heyburn] had an idea of what the Tribe wanted. [He] Said they were talking, and, while they where talking, you know, and then all at once.. somebody went and answered the door and here it was the Superintendent (laugh). Charles O. Worley..[he] said he come in. [The Superintendent was] asking “who is that?” [He] said we ignored him (laughs) MIL: They had no time for him. FA: He ignored them when they got there, and he was trying to make himself be introduced to Senator Heyburn. [they told Senator Heyburn] uh-h-h he’s the Superintendent (laughing).