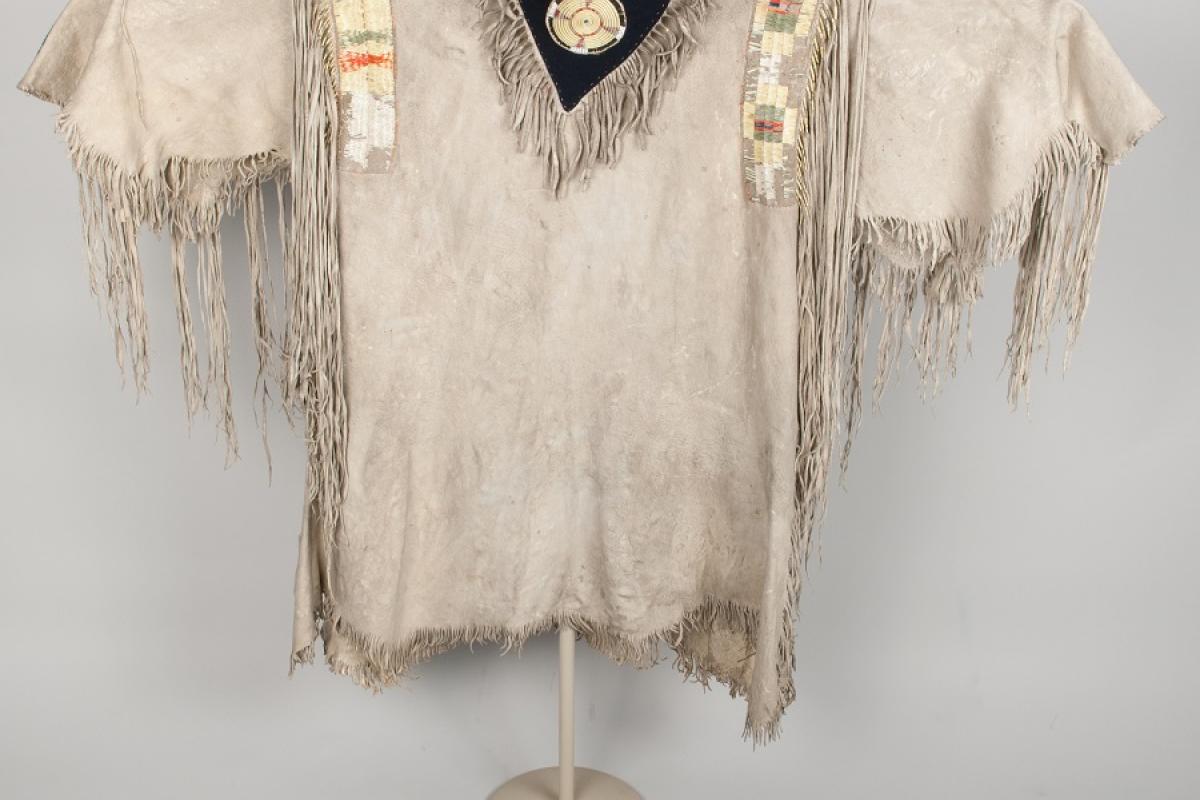 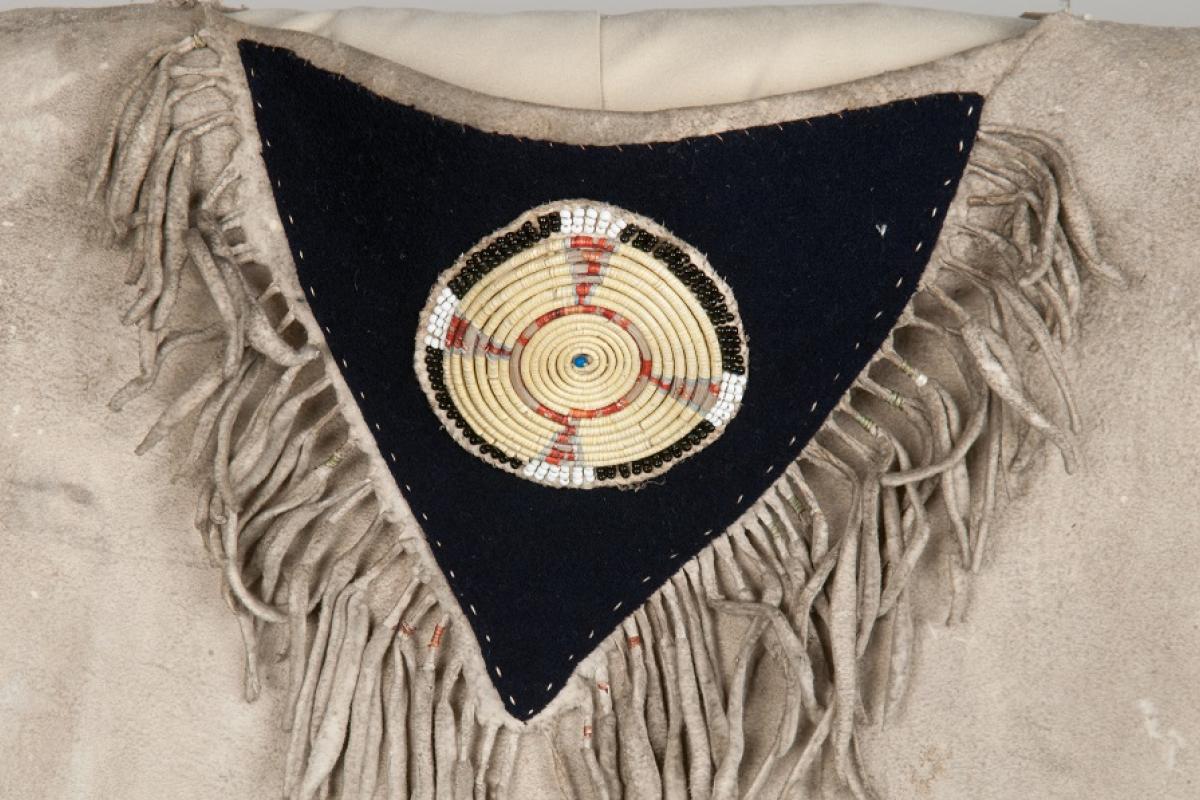 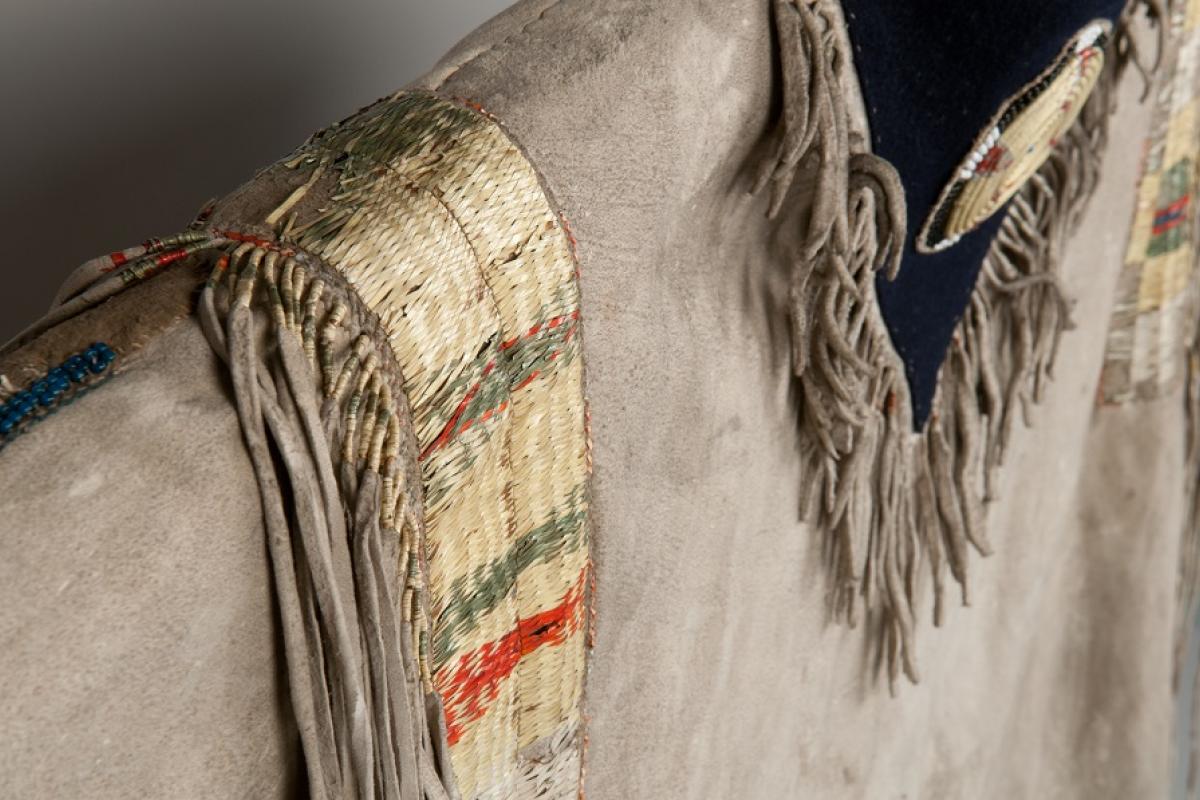 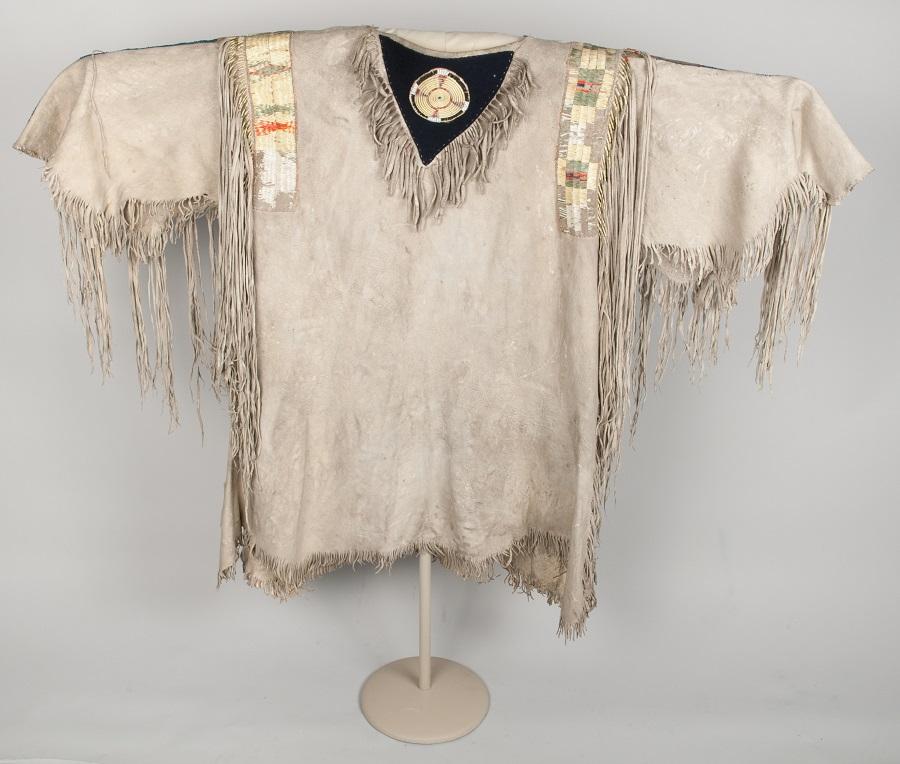 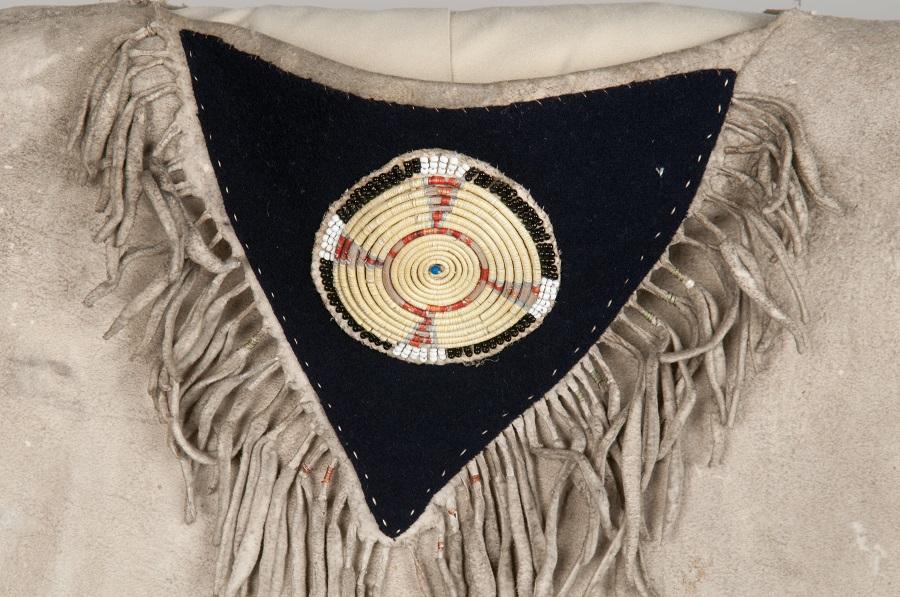 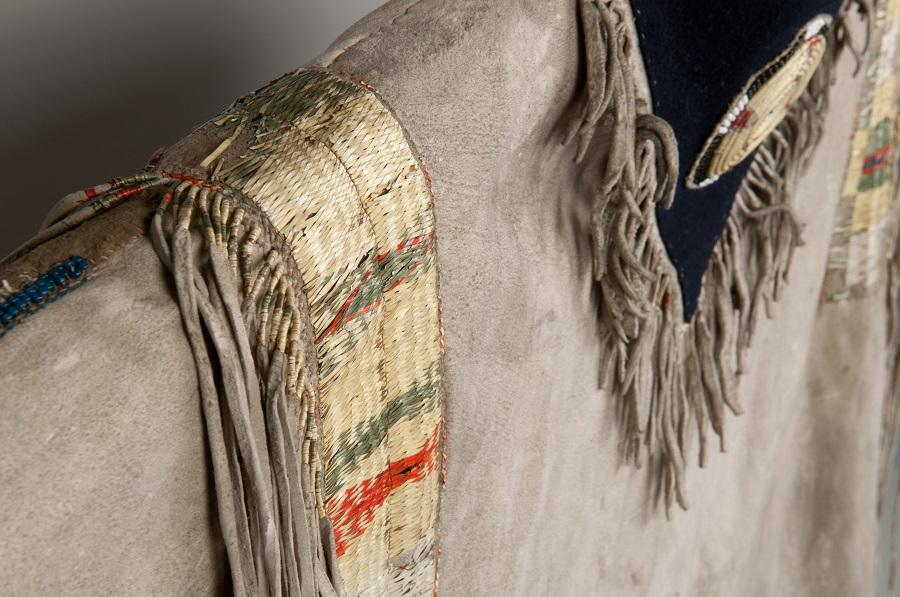 "The process [of making a shirt] really begins with the hunter. Because at this point in time, Nez Perce likely had firearms. And when we go out and hunt, we're always told that we should try to take neck shots. And what that does is that it avoids any lower body damage that would have resulted in bullet holes that would have complicated the hide tanning process."

Josiah Pinkham on preparing the hides:

"When we go out and hunt, we try to take neck shots right at the base of the skull. Because then you leave the brains available. They're not disrupted to the point where you can't use them for hide tanning. Because the process is that you take the animal after you've killed it, you clean it up and you pull the hide off. You don't skin it off with a knife, because knives leave cut marks and hide that basically when you're working that hide and softening it, those cut marks can open up and be even bigger holes than bullet holes. So you avoid using a knife as much as possible. You use a knife to make these cuts up the front of the front legs to the base of the neck, and up the back of the back legs to the base of the tail. And then the skin that's on the inside of where the leg comes down, that gets pulled back on each side to the outside, this being the back. And then that hide gets stripped off one direction or the other. We typically go from the neck down and we pull it off. Because that way you've got no knife marks in it. And from that point, you scrape the flesh side of the hide to remove any bits of tendons that are attached to the muscles that allow that creature to kind of shake and twitch like that. And after that, it gets scraped off. You soak it and then you remove the hair and the outer layer of the grain. And that exposes that thin layer of the hide that's eventually going to result in the hide that you use for making a shirt or a dress.

So after that point you wring it out and then you drop it into a warm solution of brains where you take the brain from an elk will tan that elk's hide. The brain from a deer will be enough to tan that deer's hide. It's kind of that type of a ratio. And that, the animal's brain is full of oils that permeate the hide so after you've wrung all the brain matter out of it, you start to work it back and forth like that as it's drying. And if the temperature is right, it will slowly dry at a pace where you're working that back and forth like that and you're causing all those little hair fibers to get oil molecules in between it. And eventually it's dry and it's been worked as it's drying so that it renders this soft, supple kind of a material almost like felt."

Josiah Pinkham on making the shirt:

"From that point, it gets taken, along with a hide that matches up with it, and it gets cut apart at a point that’s just right below the upper arms of the animal. And then it’s sewed together along the top so that these two back legs form the major body of the shirt. And then each of the—so we have like the legs like that. And then your little tail part. There’s a cut right there. This part right here becomes the arm. So that’s where this little beaded strip would be like that. And so that gets sewed to this part of it. So this would be the top part of the shirt like that. And then it would be something like that. So that’s how it gets sewed together in basic form. And then these parts of the shirt is fringe that gets cut from another hide. And then you start to decorate that hide. After you have the body of the shirt put together, you start to decorate it with quill work and/or beadwork. And the unique thing about this shirt in particular is that it shows a lot of variety in the skill that went into making things like this. Because you’ve got a few different things going on. You’ve got pony beadwork and you’ve got plaited quill work. And you’ve got single bundle wrapped horsehair. And in my experience, the most difficult thing to do is that."

"And so the other thing is that it shows quill-wrapped fringe, which is what these yellow areas are here. Those are all porcupine quills. And the way that porcupine quills are dyed is after you get quills from a porcupine, what you can do is you can dye them using wolf moss, and that will get you that kind of a yellowish color. And there are other plants you can use to get like the reds and the different colors of quills that you could probably see if we had a little bit better resolution picture. So the amount of work that it takes to do something like this is something that’s not like real easy to do. That’s a work that would take place, you know, if women had down time where they weren’t actively doing something. They would still always, always be busy. They would be keeping their hands going and making twine for nets or bags or whatever it was. Men did that, too. They would always be sewing. And the really cool thing about this stuff is that, I do beadwork and I can go down to Joanne Fabrics and I can buy yarn. I can buy string, I can buy thread. I can just pick that stuff up. These guys, they were making, they were twining sinew and using it. They had thread, too, available at the time. But predominantly, a lot of the stuff that they were using to manufacture this was stuff that they had made. They dyed the quills. They collected them. They made the sinew to basically string those beads on. And that’s a phenomenal effort." Josiah Pinkham 2015

"A shirt like this also had, on the other side of the transgenerational interpretation, it had numerous women that were involved in the process. So his sister may have tanned the hide. His wife may have sat down with his mother and did the beadwork together while they were by the fireplace. And they would have been trading stories and talking and doing different things, you know. I mean, that’s where the real value is. And looking at these things, you think to yourself, those people didn’t have an easy lifestyle the way that I have now. But still they made things that were just absolutely stunning! And I look at those things and I think man, that is just inspirational. They did that without light bulbs. They did that without cars."

“These kinds of decorated items were specially made for a man who may be an outstanding person of the village… a leader, a good family provider, a warrior or a spiritual leader.” Garments such as these decorated with quill, beadwork, and “trimmed with feathers or parts of animal pieces”… had “a significant spiritual meaning…” and “were definitely made for sacred ceremonial dance, religious, or ‘medicine dance’ rituals and other special family, or village ceremonies.” Allen Slickpoo Sr. 1995