Signers of the McLaughlin Agreement 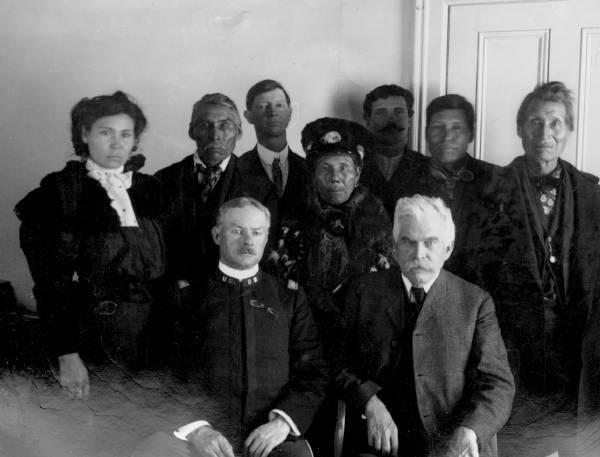 The McLaughlin Agreement came about due to the US Government being pressured by settlers to open up all land not occupied by Indians. McLaughlin and Webster assembled the Indian leaders and persuaded them to agree to the terms. The US Government promised to own up and pay the $1,500,000 owed from the first North Half agreement, if the Indians promised to take allotments on the South Half and give up all title, rights, and interest to the remaining land. Chief Jim James of the Sanpoil and several other elders refused to sign, but the Indian Agents were able to gather 350 signatures. Many argued that 350 was not the majority adult population needed to make the agreement necessary. The agreement was sent to Washington anyway and Congress accepted the terms but still refused to pay the $1,500,000. So the Tribes were forced to take the matter to court and paid over $60,000 in lawyer fees, but were eventually paid.