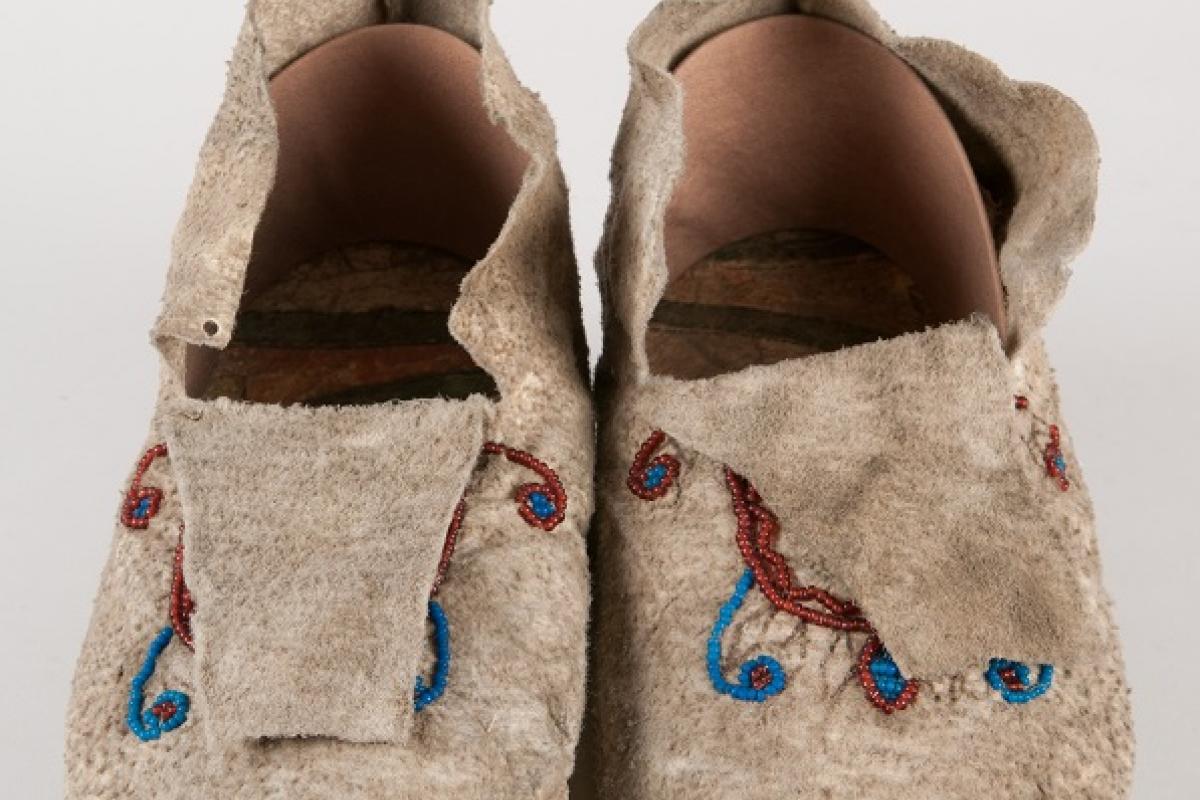 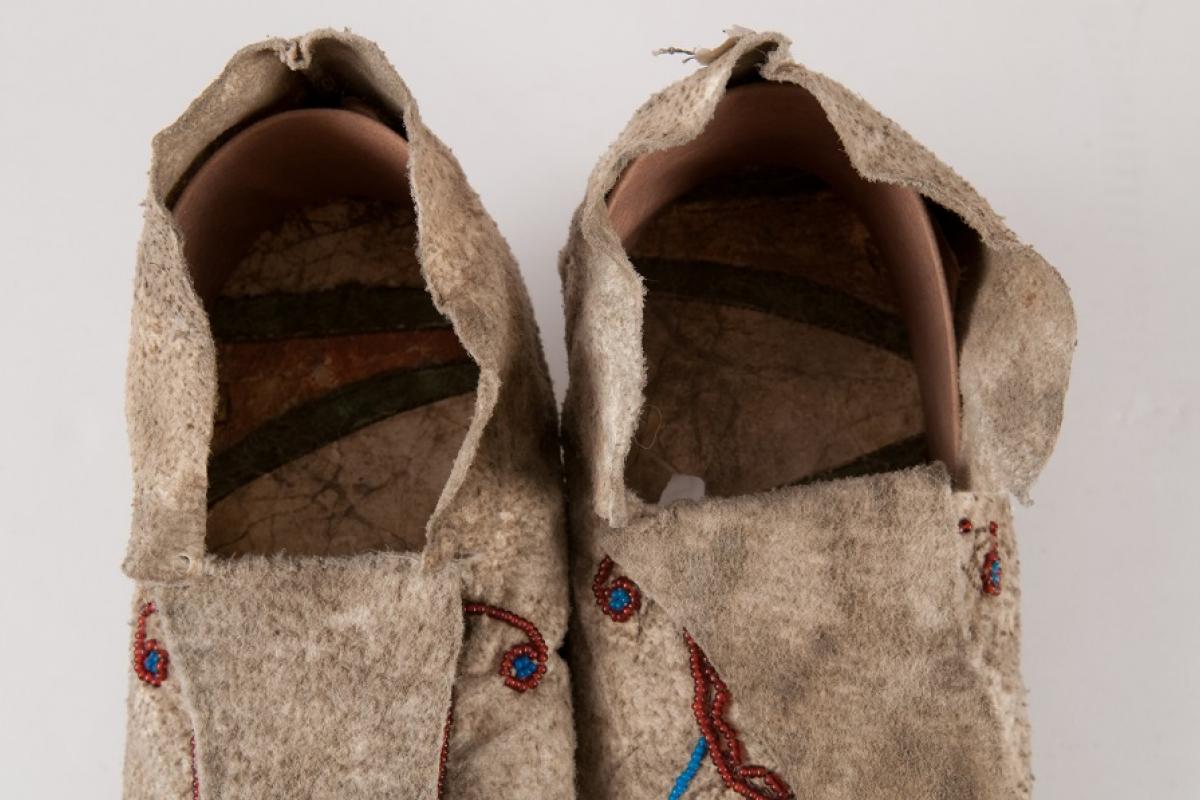 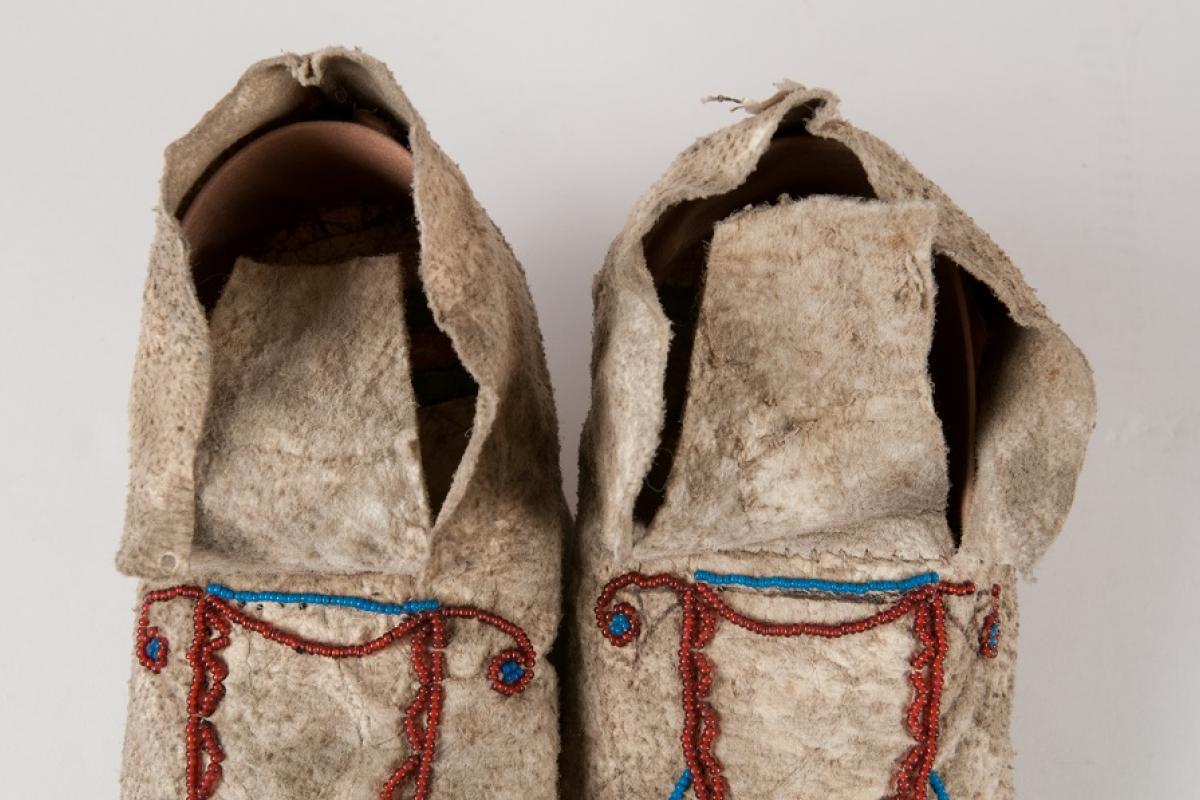 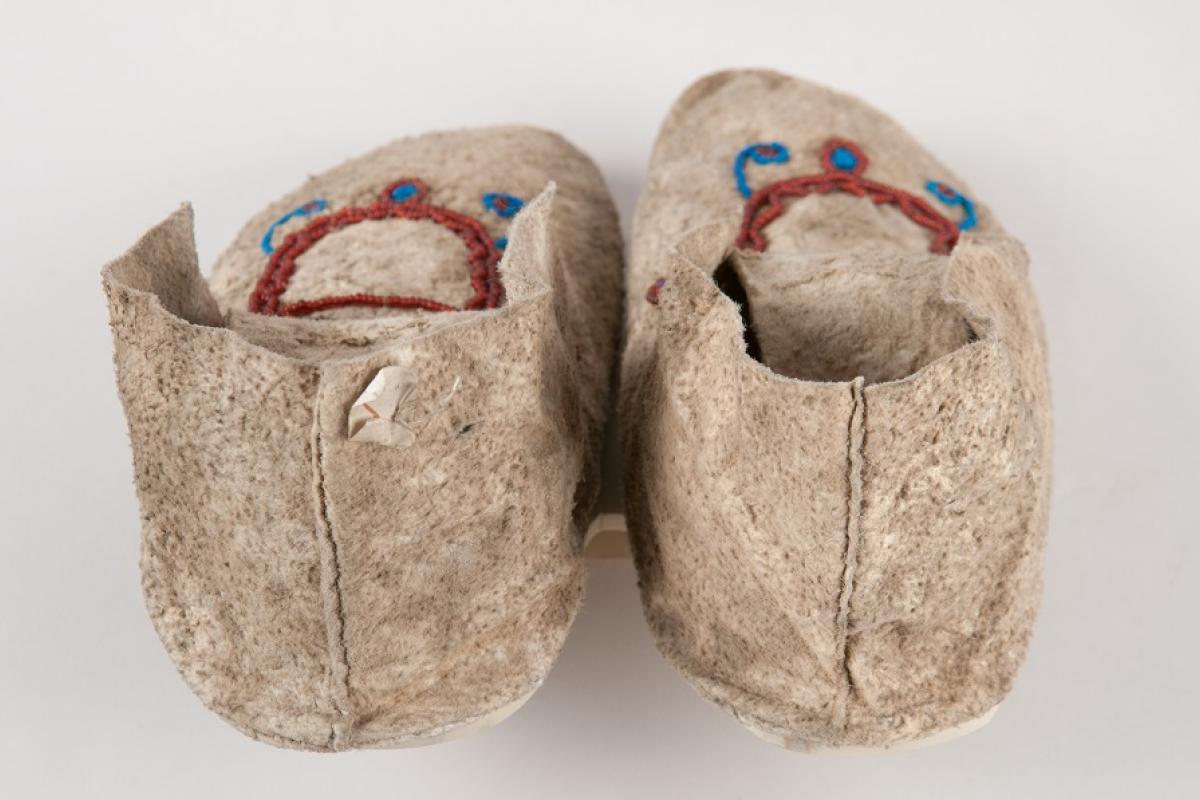 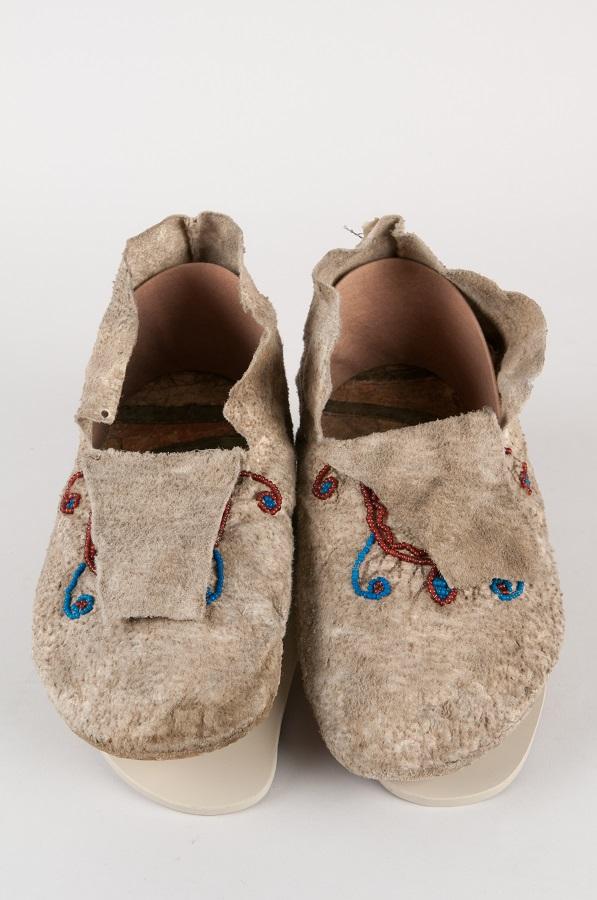 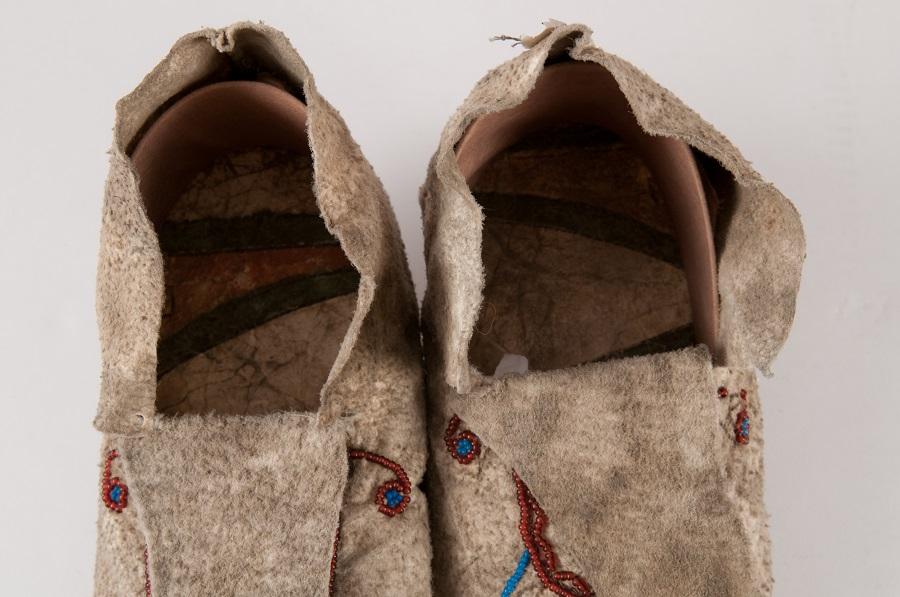 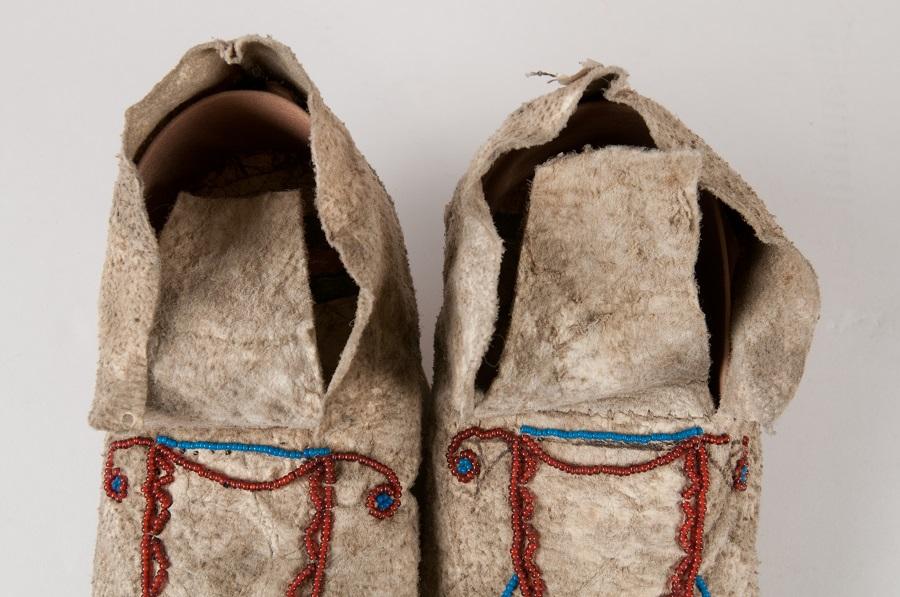 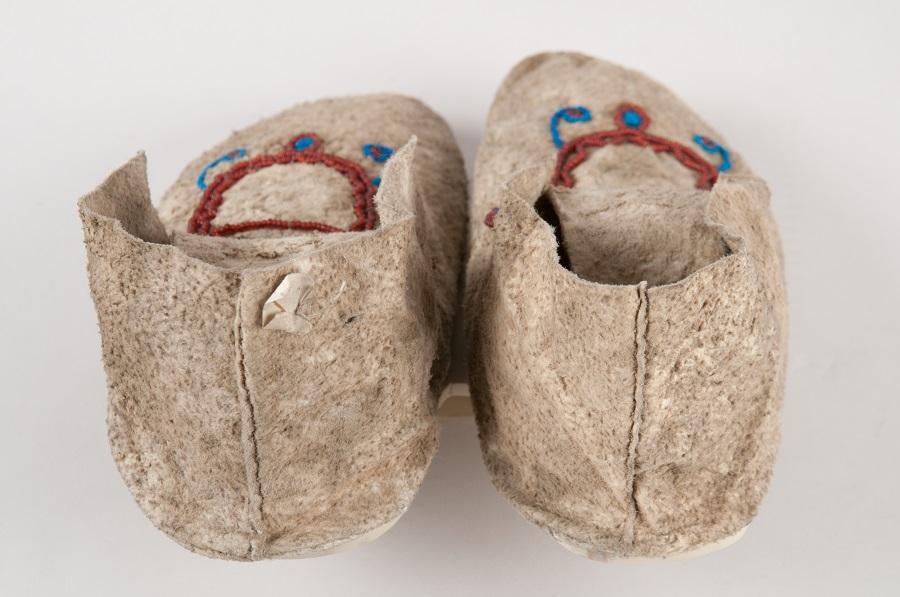 Access image
Image Metadata
Summary:
Made by the Nez Perce circa 1840. Acquired by Henry Spalding and sent to Dudley Allen. Purchased by the Nez Perce Tribe from the Ohio Historical Society in 1996.
Description:

"I see the potential. And it’s an inspiration to me to look at those things and think God, I need to do more with my time. And so that’s why I’m constantly trying to keep my boys in material culture like that. And fortunately I’ve been blessed with beautiful boys that are interested in making these types of things. They ask about it. They see the benefit of it. Like with my son, his first pair of moccasins, I told him about our tradition of when we make our first pair of moccasins, or our first piece of beadwork, one of the things that I was taught was that you give that away to somebody. And you know, it’s his choice who he wants to give it to. But he’s not supposed to hang onto those and parade them around like a trophy, you know, look, my very first pair of moccasins. What he’s expected to do is to make them, put a lot of work into them making them the best pair of moccasins that he can, and then give them away to somebody that is going to run holes in them. Because then he’s not attached to it. What he’s attached to is I learned how to make moccasins. I can make another pair and I can contribute."

"One thing that I noticed was that there was little to no wear on the bottom of them. And another couple of interesting points is that they’re decorated in an interesting way because of the designs that are on them. And in particular, the bottoms are cut from par flesh. And they’re refabricated into soles of moccasins. And one of the things that I did was I recreated the design of the moccasin or the par flesh based upon how they were put on the moccasins. And it appeared at first that the feet were kind of crossed like that. But in all actuality, they did one and then they cut out the other and then they sewed them on. Or else they must have had it reversed. Well anyway, after they put the par flesh soles onto the moccasins, I realized that there wasn’t a real strong imprint of a foot in those moccasins. Meaning that whoever made them parted with them right away, and hardly ever wore them. And so what that leads me to think is that maybe those things were made and they were expressly given to or sold to Spalding. Because I know that one of the things that’s part of the back story of the way that Spalding was collecting was that he had a spectrum, again, of real ardent followers to those that were more skeptical to those that were just outright against his presence and his efforts. Well there might have been a woman there that said yeah, I feel really drawn to Christian faith, I do want to help out, I will make you a pair of moccasins to sell. Or I’ll give them to you or whatever the case may have been. I just think that that’s one of the things that’s kind of potential about the moccasins in particular."

"The oldest Nez Perce moccasin is the one that was found in the cave in the Snake River. And it's a four-piece moccasin. Which is attributed to like Algonquin speaking people. Like around the Great Lakes. They call it a top-vamp moccasin. But it's made out of four pieces. Because you have two pieces that go from the toe all the way around to the back. And then a piece on the bottom that's the sole. And then on the top, there's this little vamp that sits right on the top of your foot. So that's what I would call a four-piece moccasin. That's the oldest Nez Perce moccasin.

The second oldest one is the pair that comes out of the Spalding-Allen Collection [NEPE 8738-9 pictured here]. And it's a two-piece moccasin. Meaning that there's the top and then there's the sole. But yet you talk to all the Nez Perce people that make moccasins now, my grandmother included and many of the elders that I've talked to about it, and they say that the one-piece or side seam moccasin is the one that the Nez Perce people have traditionally used.

Nakia Williamson-Cloud on the connection between the items in the Wetxuuwíitin’ Collection, the elders, and the land: 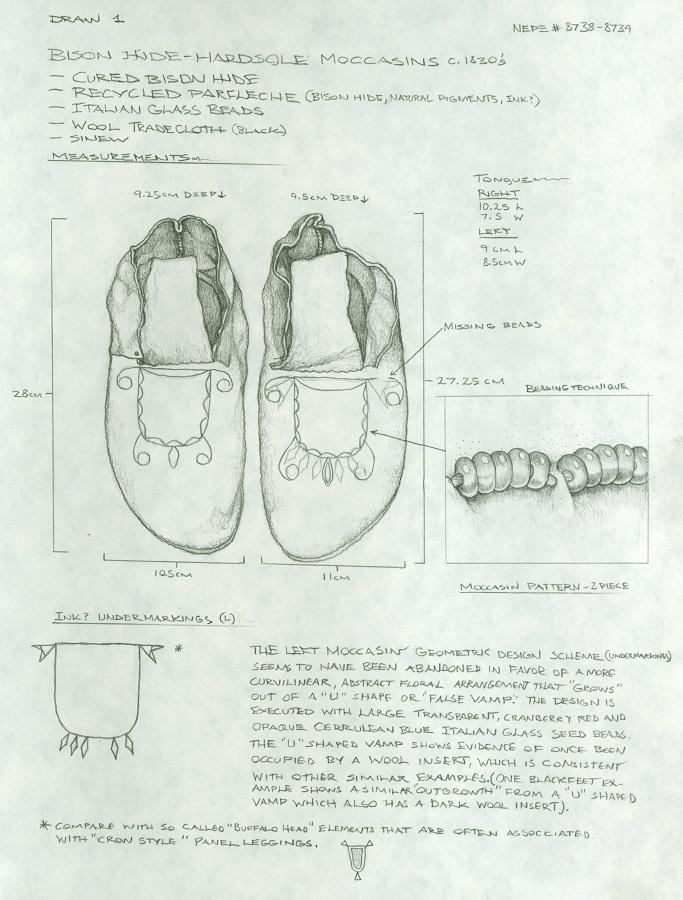 Drawing of walíim’lapqat Bison Hide (Moccasins) in the Wetxuuwíitin’ Collection. 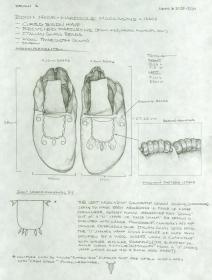