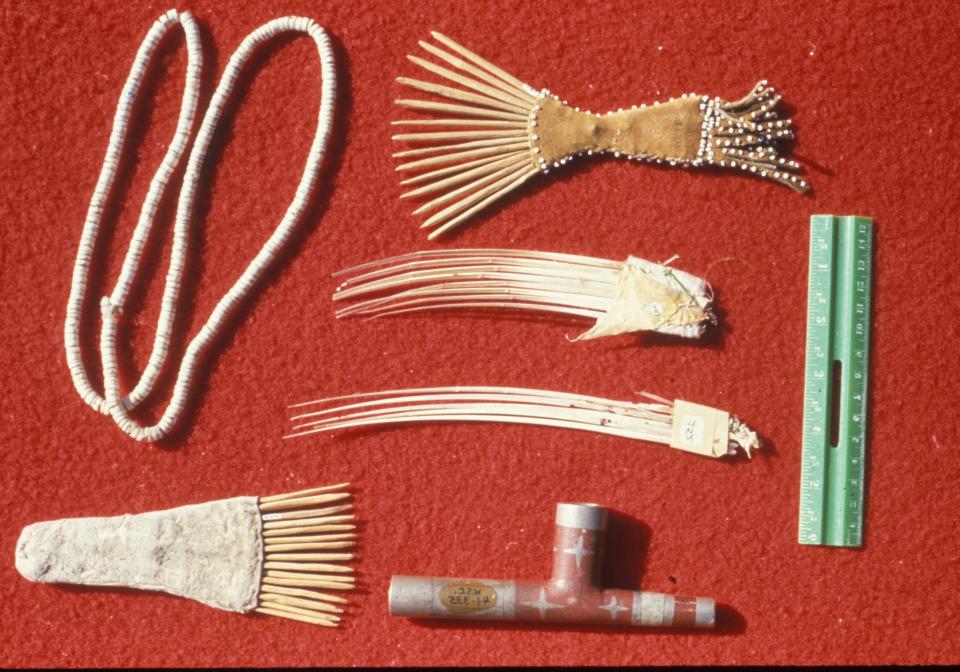 Wampum beads are shell beads that were originally associated with indigenous groups from the eastern United States. These beads have served various purposes, including being used for record keeping purposes of important or historical events, as ceremonial objects, and as currency. Research notes that when wampum beads were eventually introduced to Native American tribes in the western United States, including the Nimíipuu (Nez Perce), they were primarily used for personal decoration or ceremonial purposes. These is evidence that Nimíipuu (Nez Perce) peoples used wampum beads for record keeping purposes, too, as noted by Penahwenonmi's (Helping Another's) use of wampum beads in her calendar string. She used a wampum bead to represent the death of her husband, Nimíipuu (Nez Perce) warrior húusus 'ewyíin (Wounded Head).